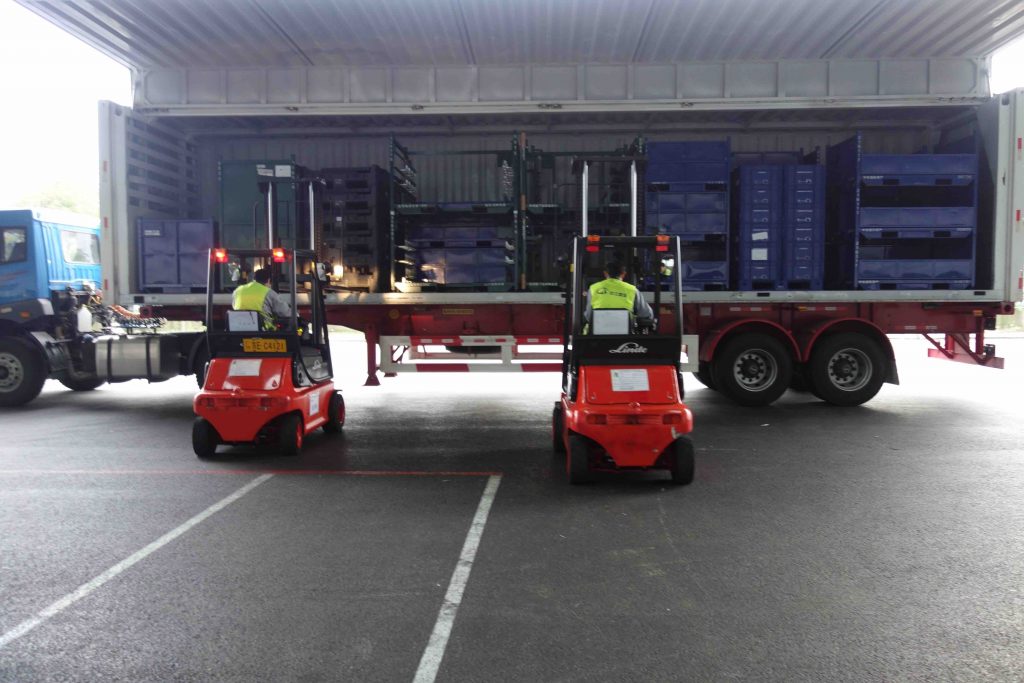 The evolution of inbound and outbound networks is reflecting Chinese economic slowdown and reforms, as well as opportunities for stronger, more advanced automotive logistics services

[sta_anchor id="1"]China’s passenger car market has been in a period of hyper-growth, rising more than fourfold over the past decade. However, with sales slowing to single digits or declining in some segments, even after tax cuts and incentives, a new era seems to have begun.

There is still plenty to be upbeat about. Data from forecasting consultancy IHS shows that in the first four months of 2016, total vehicle sales grew 6.1% and passenger cars by 8.7%. “Although the Chinese economy is still facing challenges, the auto market has huge potential, especially in central and western provinces, which will support the growth of the Chinese auto market in the short term,” says Boni Sa, manager for Greater China light vehicle production forecasts at IHS Automotive.

However, growth is expected to be slower and uneven, including market saturation in coastal cities. “The huge burden of more than 150m vehicles in operation will also cause more cities to restrict vehicle growth,” predicts Boni Sa. After 2020, he expects vehicle sales to grow by just 2% per year.

Meanwhile, costs in China, including for labour and logistics, are rising. To stay competitive, OEMs and tier suppliers are looking to their supply chains for savings. Although logistics for most local and joint-venture OEMs in China is concentrated with subsidiary providers, those companies are increasingly expected to act as third party integrators to reduce overall costs.

“It’s still about cost and efficiency,” says a senior logistics manager from a Shanghai-based OEM, who asks to remain anonymous.

China’s automotive logistics providers are looking to take on more services in network planning, IT and packaging. “LSPs set about reducing subcontracting processes to bring costs down on the one hand, and on the other hand, look to improve efficiency through collaboration and resource sharing, each playing to their regional strengths,” says Zhu Tianzhou, deputy director of the planning department of Changan Minsheng APLL Logistics, a joint venture between Changan and APL Logistics.

David Zhang, integrated supply chain director for Asia Pacific at tier supplier Delphi, suggests there are opportunities for logistics providers that offer advanced services and visibility. “LSPs could bring innovative technologies or approaches that can help a manufacturer make its supply chain cost structure leaner or improve its efficiency,” he says.

Outbound logistics is also set for reforms and demands for advanced services and IT. Most notably, the imminent implementation of the ‘GB1589’ regulation, which sets new standards for car carriers, is expected to increase road costs and encourage multimodal transport. Indeed, the use of rail and coastal shipping of vehicles in China is already rising.

China’s ‘One Belt, One Road’ policy, which seeks to strengthen trade links across Asia, Europe and Africa, also points to increases in multimodal transport and visibility services. The Chinese government is offering favourable policies and subsidies to move freight by rail between China, central Asia and Europe – routes of increasing interest to manufacturers and logistics providers.For inbound and outbound, imports and exports, network engineering and design are set to become critical for automotive logistics. Laurent Sik, managing director of Gefco China, points to how network routing and multi-user hubs will be key to improving inbound and outbound logistics.

“Compared with a dedicated hub for one OEM, the multi-user hub can optimise compound usage as well as loading factors by taking into account the volumes and frequency of different OEMs,” he says. “The engineering capability [in transport and network plan design] is one of the most important factors customers are looking for in LSPs.”

[sta_anchor id="2"]Re-engineering inbound and container flowsCurrently, the transport of automotive parts is fragmented in China, served by small carriers with simple practices, according to Ma Zengrong, secretary general of the China Automotive Logistics Association (CALA) of CFLP, who spoke at a DHL Automotive roundtable hosted in Shanghai on May 25th. He pointed to the poor standard of containers and a low uptake for returnable equipment.

However, OEMs and providers are increasingly looking for opportunities across their networks, including moving from point-to-point transport to milk-run collections and crossdock consolidation where sensible, notes Zhu Tianzhou.

At the same, rising warehouse and labour costs have led to more automation. Zhu points to the use of picking and moving technologies, including RFID, automated guided vehicles (AGVs), highbay racking and other systems that are becoming more prevalent. 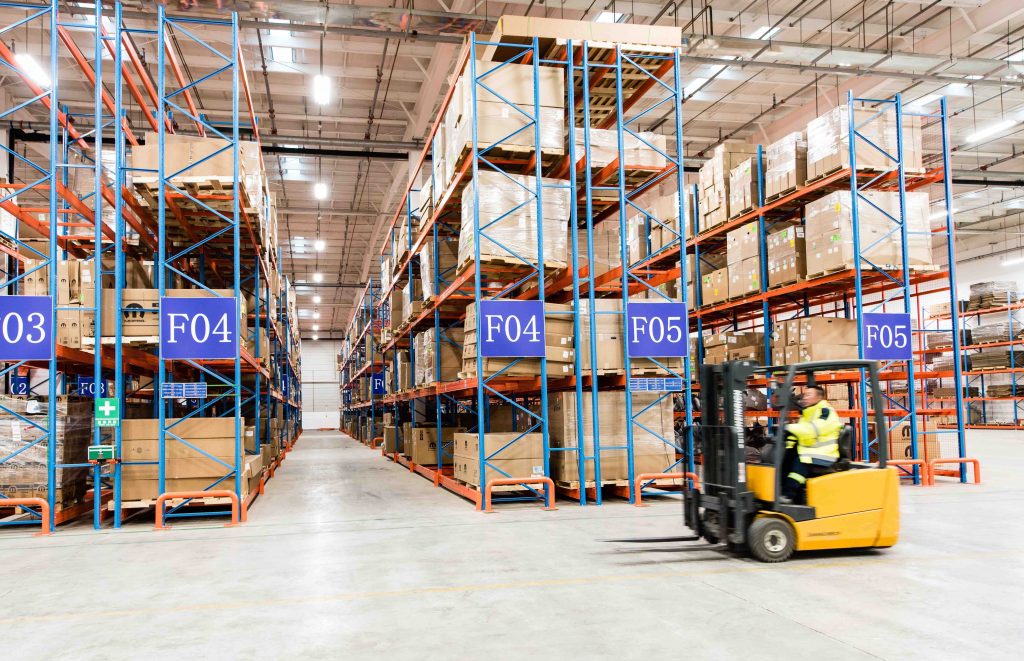 At Gefco, Sik says carmakers are seeking more visibility from their logistics providers across transport networks

“Automated, unmanned management is expected so as to improve efficiency,” agrees the Shanghai OEM source.

Chen points to a German parts supplier that had sought container transport and leasing services on separate contracts. CDC, which has its own brand of containers, offered a closed-loop solution that included container management, leasing, transport and warehousing. “Through such integration, the customer has only one single point of contact, instead of four. It has helped save costs by nearly 15%,” he notes.

CDC attached RFID tags to the containers to increase inventory visibility and control throughout its facilities. “We own the containers, plus we are the one who delivers logistics services, so we are motivated in inputs,” Chen explains.

“Packaging suppliers have no motivation without funding, and LSPs won’t spend on boxes owned by others.”

CDC has also established pooling networks in which it uses standard containers with adjustable dividers that can hold parts or components of varied sizes. In the Yangtze River Delta region, for example, four manufacturers share containers with cost savings of nearly 30%, Chen claims.

[sta_anchor id="3"]A modern, multimodal outbound networkOutbound logistics is also set for change, including from the car-carrier regulations taking effect on July 1st. Some in the industry are calling it a ‘dry thunderstorm’ – a Chinese expression implying the new rules will have no real impact. However, the implementation process will take a step-by-step approach rather than having ‘big bang’ consequences.

It starts with a ban on double-row trailers, in which two trailers are hitched to a single tractor; next year, super-long single trailers will be banned. Sichuan province already did this in 2015, which led most carriers in the surrounding region to switch equipment, according to Chen Gang.

“It doesn’t have to be all the provinces. Half would be enough to get things under control, as a car-carrier truck needs to pass through many provinces. If any one [province] stops it, it stops,” he says. 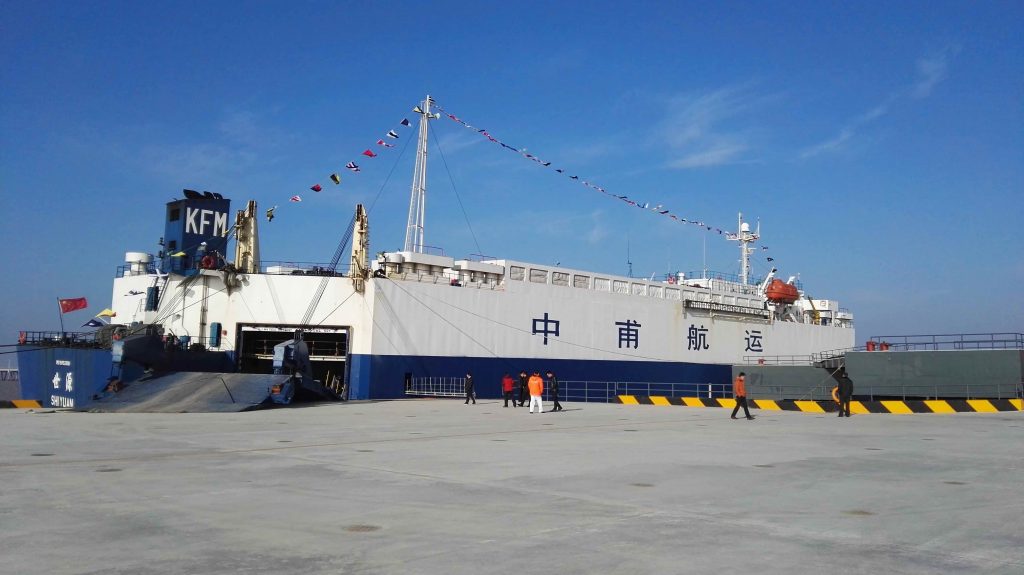 Chen expects that the new regulations will shift China’s transport mix for finished vehicles from a current split of 75% road, 15% water and 10% rail to around one-third each

Chen expects that the new regulations will shift China’s transport mix for finished vehicles from a current split of 75% road, 15% water and 10% rail to around one-third each.

For rail, some liberalisation in services as well as operational improvements have already helped make it more attractive. “The recent boost to the top speed of freight rail means transport capacity can be further improved,” says the OEM source in Shanghai.

Chen points to the growth in vessel size as a boost for domestic shipping in China; over three years, the average vessel for such services has doubled to around 2,000 units, and will grow to 4,000 units, he predicts.

Longer distances between plants and consumers, including in southern China and in the west in proximity to the Yangtze river, also favour water transport.

“Rail, of course, is another option, but water stands out in scale, despite its lead time,” he says. “The trend is that rail will go more to regions water cannot reach.”

Chen gives the example of moving cars from plants in the north-east to southern or western China. From the port of Dalian, for example, cars move by vessel along coastal waterways to Shanghai port, where they can be discharged for distribution, while those vehicles bound for Wuhu or further west continue along the Yangtze.

In April, CDC won a contract to ship vehicles made by BMW-Brilliance in Shenyang to Shanghai, which will move from Dalian to Shanghai Nanchang, a multi-user terminal run by the Lingang Group. CDC is currently customising three vessels that can clear the Nanjing Yangtze River Bridge and therefore operate on both ocean and river. The first will make its maiden voyage this July.

Chen suggests that the ro-ro ships could be used to move automotive parts in future, while container ships have also been given clearance to use both river and sea routes. “There is no policy restriction imposed on ocean vessels in river sailing as long as you manage to pass the [Nanjing Yangtze] bridge,” he says.

[sta_anchor id="4"]Towards a ‘super automotive supply chain’According to IHS’s Boni Sa, the Chinese economy is slowing down but also reforming, which should help in the long run, even if it means slower vehicle sales. Delphi’s David Zhang suggests that even with slow growth, China’s automotive market has potential to grow across tier two and three cities and an expanding middle class. 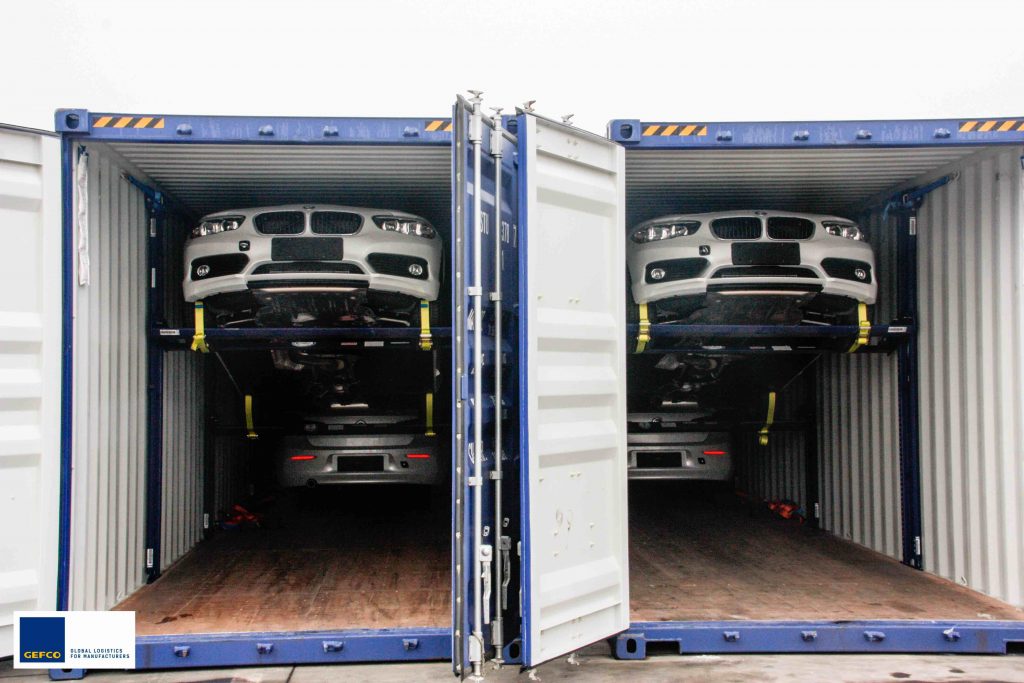 The outlook for automotive logistics appears to be strong, with Chen Gang predicting growth in the sector that will outstrip vehicle sales thanks to exports, aftermarket sales, used cars and private vehicle transport. Carmakers are setting up plants in new areas of the country, generating the need for transport network design for both inbound and outbound. OEMs are also looking to extend production facilities and sales networks overseas. Gefco’s Sik sees demand rising for international flows between China and other countries by rail.

Long-distance rail is emerging as an important alternative for China’s supply chain. According to Zhang, the train project has brought Delphi annualised logistics cost savings of around $1m thanks to inventory reduction and lower costs compared to air freight.

Since 2014, Gefco has supported OEMs including Volkswagen, BMW and PSA in pilot operations moving finished vehicles via the Yu’Xin’Ou rail route between Germany and Chongqing, in south-west China. Sik pointed to the use of a rack solution that improves load factors. According to Sik, for the roughly 70,000 imported vehicles bound for south-west China, rail transport reduces last-mile transport cost and inventory compared to ocean transport to the east coast.

Other trends, such as e-commerce, should also support logistics growth, including transport of vehicles and spare parts resulting from online purchases. Changan Minsheng, for example, has set up an online service for consumers to transport their own cars, called ‘Eyunche’ (‘transport your cars’ in Chinese).

Logistics providers may have the most to gain by improving IT connectivity and network services across the supply chain. At Gefco, Sik says carmakers are seeking more visibility from their logistics providers across transport networks. In response, Gefco has developed its ‘G Track+’ system, which uses the web, mobile apps and even Wechat, a Chinese social media platform, to track freight in real time for customers, dealers and carriers.

CDC, meanwhile, has a vision for a ‘Super Automotive Supply Chain’ that serves the lifecycle of automotive production with combined logistics and IT capabilities. In this vision, all processes would use the same data formats, data connection models and operational standards, says Chen.

It’s a model that 3PLs in the US and Europe are striving for as much as those now in China, thus demonstrating how far automotive logistics in China has come, and still has to go.