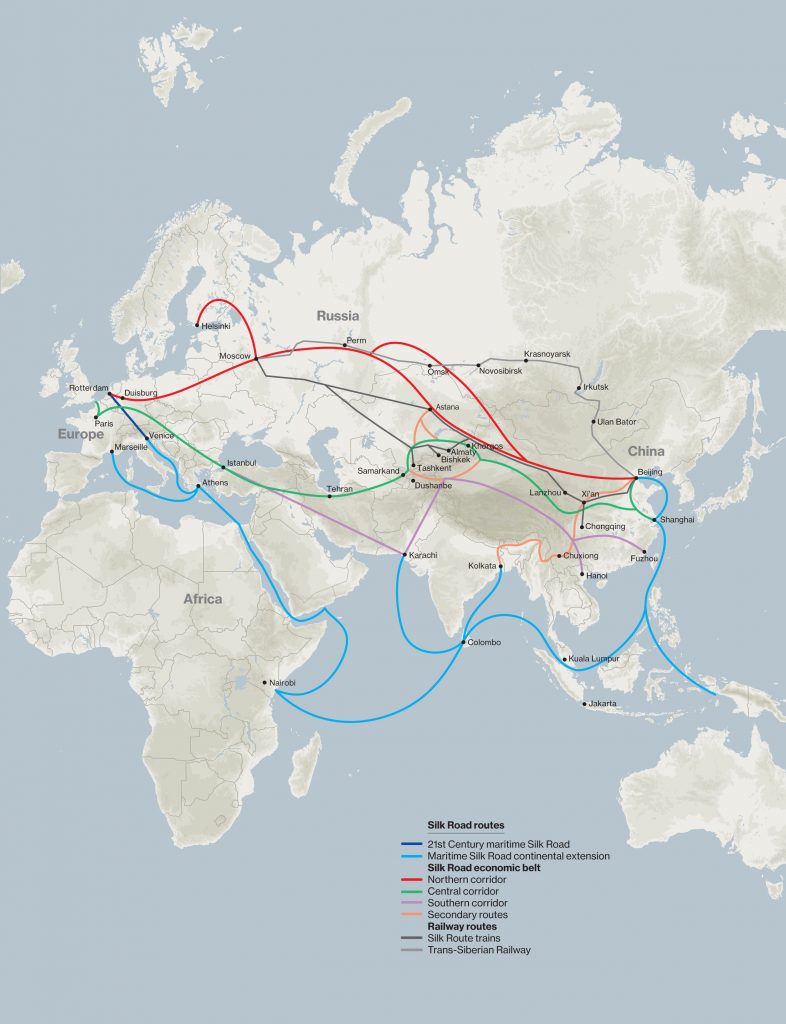 Investment plans announced earlier this week for China’s ambitious Belt and Road economic and trade plan look set to support strong growth in rail services between China and Europe, which has seen rising use and interest among automotive manufacturers and logistics providers.

At the Belt and Road Forum for International Cooperation held in Beijing this week, attended by delegates from over 100 countries, China’s president Xi Jinping announced investments of $124 billion toward further developing transport and logistics links across the ‘New Silk Road’.

The funding initiatives outlined at the forum include a $14 billion investment in the Silk Road Fund and around $19 billion given to the Export-Import Bank of China for infrastructure, industry capacity and financing. China is also pouring $36 billion into special lending schemes at the China Development Bank.

The ‘One Belt, One Road’ initiative is designed to boost infrastructure and trade links with Europe, Central Asia and Africa, including overland road and rail between Europe and Asia and stronger maritime links with South-East Asia, Oceania and North Africa.

The China-Europe rail link through Russia and Central Asia, which is a central part of the One Belt, One Road trade initiative, has seen a fast rise in services over the past two years. Demand for rail freight is also growing in the automotive sector as customers look to cut ocean transport times for certain cargo without incurring high air freight costs.

Major logistics providers including DHL, Gefco and Kerry Logistics have all revealed new or increased services that include automotive freight.

According to a China state media report, Geely-owned Volvo Cars is also set to start exporting vehicles built in China to Europe as early as next month, which would be the first major, regular flow of vehicles along the service for nearly a decade (Mazda first moved vehicles along the Trans-Siberian Railroad back in 2008). 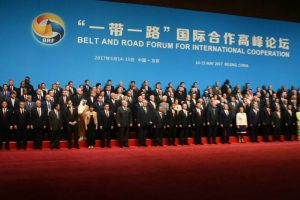 Delegates from more than 100 countries gathered in Beijing for the Belt and Road Forum, where billions of dollars worth of investment were announced

Long distance rail on the riseAt this year’s Automotive Logistics China conference, Zhang Xiaodong, professor of traffic and transportation at Beijing Jiao Tong University, pointed to official figures showing there had been a total of 1,700 trains in 2016 between Europe and China, including 570 from Europe to China.

Further to that, China’s news source Xinhuanet reported figures this week from China Railway revealing that since the beginning of the year, the number of Sino-European freight trains increased by 612, or 158%, compared with the same period last year. China Railway reported around 1,000 round trip journeys in 2016.

That number is likely to rise further in support of the increase in demand for rail freight services, including for the automotive industry. Over the past five years since DB Schenker began regular rail shipments of CKD kits for BMW from its Leipzig logistics centre in Germany to the carmaker’s joint venture assembly plant in Shenyang, northeastern China, the number of services carrying automotive freight has shot up.

For example, DHL Global Forwarding now has a twice-weekly rail service between Zhengzhou, in Henan Province, and Hamburg, which includes automotive freight. Automotive logistics specialist Gefco, meanwhile, has just announced a new multimodal service with Transcontainer that will rail containers between Europe and China via the Latvian port of Riga. Both Gefco and Transcontainer are owned by RZD Russian Railways.

According to Gefco, there is a 50% transit time saving by using the service compared to ocean transport, while the cost savings versus air freight are as much as 75%.[related_topics align="right" border="yes"]

Volvo Cars is reported to be beginning weekly service in June this year. The rail service will carry China-made Volvo S90 models between Daqing and the Belgian port of Zeebrugge, according to a report in Xinhuanet.

A spokesperson for Volvo Cars in Sweden said the company could not comment further on the export and rail plans at this time. Late last year, however, Volvo Cars chief executive Håkan Sameulsson said, without providing a specific timeline, that the company would concentrate all global production of the S90 in Daqing, shifting production away from Torslanda, Sweden, while global production of the 60 series models would move from Ghent, Belgium to Chengdu in China.

While logistics providers, including Gefco and others, have carried out a number of trials for finished vehicle brands, notably European premium carmakers, regular services of outbound vehicles along the Trans-Siberian have been less common. Last decade, Japanese brands such as Toyota and Mazda used the route for exports from Japan for limited periods, but most of these services stopped after the financial crisis.[mpu_ad]

It is unclear if the Volvo service will lead to further regular services or to return flows from Europe.

Ekol Logistics, for example, began a weekly rail service in April between Yiwu in Zhejiang province and the Hungarian capital Budapest, and plans a further eight connections between China and other destinations in Europe. Ekol is working with Deutsche Bahn and Mahart Container Center in Europe.

Kerry Logistics is also embracing rail for moves between China and Europe. In April this year, it moved the first eastbound block train for a customer between London, UK and Yiwu, and last August it moved goods from China to Spain by rail. The services included freight for a number of European carmakers and global tier suppliers.

“The train solution to and from Europe has been around for a couple of years but for us it started to take off last year,” MD for Europe Thomas Blank told Automotive Logistics. “We are seeing a fantastic success rate there, not only on full containers but on groupage in both directions. That is a product we didn't have before.”[mpu_ad align=”left”]

Rail shipments continue to emerge as a viable, lower-cost alternative to air freight. However, Blank also alleged that some customers were shifting to rail after being let down by ocean carriers. He pointed to relatively high rates moving outbound from Asia to Europe, while container liners have also made more efforts to control capacity. As a result, some customers have found containers lines were “rolling over” their containers – in other words choosing not to transport all shipments.

However, Blank admitted that, even with growth in rail services, the overall capacity available meant it would only ever be a niche flow for global logistics flows, including for automotive freight.

“The issue with rail is that there are 52 [40ft wagons] per train and if you think about it, you can run a train a day [but] that won't make up the capacity of one single ship that sails from Shanghai to Rotterdam, with 15,000 TEUs on it,” he said.

Despite this, Blank said, the rail service became an interesting option as part of a multimodal route within China’s wider One Belt, One Road initiative, encompassing Central Asia as well. For Kerry Logistics, for example, it provides an answer to the empty return legs typical of its trucking service into Kazakhstan from Europe.

“The idea is to use the railroad from China into Kazakhstan and fill up those empty trucks for the return journey [to Europe],” said Blank.

“I believe that this entire development now through the Commonwealth of Independent States (CIS) – the stabilisation, with less red tape at the border, etc. – will help us develop these hybrid solutions using rail and truck and barge; whatever it is, there is going to be a multitude of opportunities,” he said.