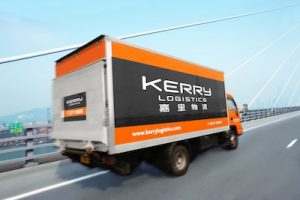 China Railway Import and Export Company and Kerry Logistics (China) have signed a strategic cooperation agreement in Beijing to combine networks and “explore new growth opportunities” in China and other markets.

China Railway is a state-owned foreign trade company and has carried out a number of projects including railway operations and maintenance in Saudi Arabia, as well as the import of railroad parts to the US, Germany and France.

Kerry Logistics, meanwhile, is a leading logistics service provider in Asia with extensive operations across China and other countries in the region, with significant business supporting the automotive sector.

General Manager of China Railway Huo Hongguang and president of Kerry Logistics (China), Edwardo Erni, said in a joint statement that the move was an important step in strengthening their capabilities and furthering business developments.

The agreement is on an operational level and does not include any shareholding transaction.

According to the companies the agreement follows China’s national ‘Going Out’ development strategy, designed for large-scale enterprises to take full advantage of the new growth opportunities brought on by the ‘One Belt One Road’ initiative introduced by the government under premier Xi Jinping.

That initiative proposes building a new territory encompassing “the New Silk Road Economic Belt” and “a Maritime Silk Road of the 21st Century” spanning 65 countries and accounting for 63% of the global population and 24% share of the world’s cargo and service exports. The territory will be linked by land and ocean transport.

The launch of the One Belt One Road initiative is aimed at driving railway construction development in China as well as the entire Asian Pacific region, bringing business opportunities to the transport sector and related industries. The initiative was discussed at length at last week’s Automotive Logistics China conference in Shanghai.