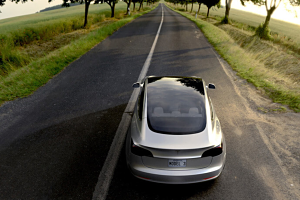 Tesla is currently in the midst of a major investment in its manufacturing and supply chain as it prepares for its Model 3 launch and to ramp production capacity towards the 500,000 car-per-year level it is aiming at from the current output, which is below 100,000.

Management recently told investors, the company was on track to produce the first Model 3 from July this year.

Earlier in March the company announced a share and convertible note offer to raise $1.15 billion.

At the time, the company said: “Tesla intends to use the net proceeds from the offerings to strengthen its balance sheet and further reduce any risks associated with the rapid scaling of its business because of the launch of Model 3, as well as for general corporate purposes.”

News of Tencent’s investment was revealed in a stock exchange filing this week, showing that the company had accumulated more than 8m shares for a total of $1.78 billion, by participating in the stock offering and purchasing shares on the open market.

Tesla founder, Elon Musk, welcomed the new shareholder on Twitter saying: “Glad to have Tencent as an investor and advisor to Tesla.”

Thanks to Tesla’s share price rising strongly so far in 2017 the Tencent stake is now worth almost $2.3 billion, using Tuesday’s closing price. For Tencent, the Tesla investment makes up less than 1% of its $278 billion market capitalisation.

Tesla now has a market capitalisation of more than $46 billion.