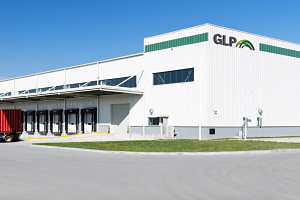 Singapore’s Global Logistic Properties (GLP) has received a S$16 billion ($11.6 billion) takeover offer from a consortium of Chinese investors, in what would be the biggest private equity buyout of an Asian company by enterprise value.

GLP, which owns and operates a global portfolio of 55m sq.m of space, announced a strategic review in December last year after its largest shareholder, GIC Real Estate, requested it in the interests of enhancing shareholder value. Following the news of the review in December, the company’s shares gained by about 10% to give it a market capitalisation of about $7 billion.

GIC has since said it would vote its 36.84% stake in favour of the S$3.38 per share offer. The deal is expected to close by April next year.

In November last year, the company announced new and renewed leases in China, Japan, the US and Brazil, with a number of well-known third-party logistics providers including DHL, Hitachi Transport, Schenker and AGV Logistica. The 3PL sector is its largest customer segment.

More recently, it said it had leased 275,000 sq.m to industry leaders in China, including 53,000 sq.m to unnamed automotive parts companies spread over three locations in the country.

In June, meanwhile, a lease agreement was signed with Chinese state-owned automotive parts manufacturer, Yapp Automotive Systems, for 11,000 sq.m of space in Brazil.