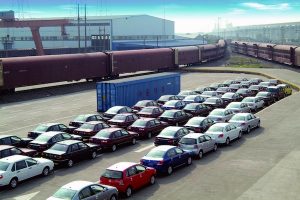 China exported 68,000 vehicles in June – up more than 21% on the previous month. While the overall figure was no higher than in June 2015, exports of passenger cars for the month saw an increase of 13.4% year on year, according to the China Association of Automobile Manufacturers (CAAM).

In June, passenger car exports were up 18.6% on May, at 43,000 units. The overall number of exports during June remained in line with last year, however, due to a 17% drop in commercial vehicles year on year. That said, 25,000 commercial vehicle units were exported in June – up nearly 26% on the previous month.

Figures on imports, which cover the first five months of the year, show that the country imported 381,000 vehicles – down almost 13% year on year.

However, international vehicle trade is expected to pick back up. Speaking at this year’s Automotive Logistics China conference in Beijing, Rider Liu, head of commercial China for Wallenius Wilhelmsen Logistics, shared predictions that imports would move back towards their high of nearly 1.25m units per year by 2017 and stay constant for the rest of the decade. Passenger car exports, meanwhile, could double by 2020 to around 575,000 units.

Vehicle exports to the West, which have so far been minimal, may also finally increase. Last year, Volvo Cars became the first premium OEM to export cars from China with shipments to the US of a long wheelbase version of the S60, built in Chengdu. The carmaker is targeting exports to the rest of Asia as well.

Last week, meanwhile, China’s BAIC started export sales in Mexico and GM has also recently started exports of certain Buick and Cadillac models built in China to the US.

Domestically, China produced almost 12.9m vehicles in the first half of the year according the CAAM data – a 6.5% increase year on year. Sales hit just over 12.8m, meanwhile – up 8.1% year on year.