Christophe Poitrineau moves back to Italy with Ceva 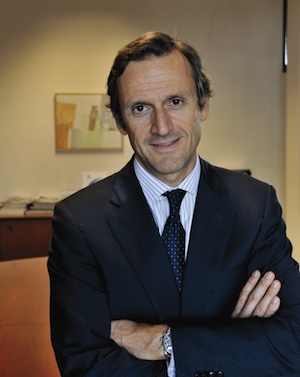 Christophe Poitrineau has moved from his role as vice-president of Asia at Gefco to take up a new role at Ceva Logistics as executive vice-president and head of the Italy Cluster.

The new role marks a return to Italy for Poitrineau who was managing director of Ceva’s business in the country for five and half years before he took up the role in Asia in January 2011. He will now be based in Milan and report to Ceva’s CEO, Xavier Urbain.

Commenting on his new role, Poitrineau said: “As the logistics leader in Italy it is vital that we create future growth across all business lines to support our customers’ ambitions, whatever their size and where they are in Italy. My team’s multi-disciplined expertise will be crucial in creating new solutions for our customers, and I look forward to working with them and starting on the task.”

Prior to his time with Ceva, Poitrineau held a range of managerial and financial appointments in France and Italy with companies including Hays Logistics, Argon Consulting and Deloitte.

“I am delighted to have someone of Christophe’s calibre to lead our operations in Italy,” said Urbain. “ His extensive industry knowledge, his experience in leading large organisations and his collaborative style make him the ideal choice for this critical role in one of our largest clusters.”