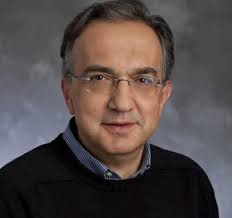 Chrysler has announced plans to invest $1.3 billion at two of its Mexican factories. The carmaker is reportedly planning expansions in one of its Mexican engine plants in response to growing demand in North America.

The company’s overall expansion will see the creation of more than 1,570 jobs. The figure of investment was confirmed last Thursday by Chrysler’s CEO Sergio Marchionne (pictured), who was dedicating the company’s new van assembly plant in Saltillo, in northern Mexico. Chrysler already operates five plants in Mexico’s northeastern regions.

The new facility is reported to have cost around $1.1 billion; it began production of the Ram ProMaster van in July. Now, it will turn towards the 2 and 2.4 litre Tigershark four-cylinder engine early next year, which is used in the Jeep Cherokee SUV and the Dodge Dart sedan.

The Chrysler group , which is controlled by Fiat, assembles the vans in Mexico and uses some parts from Fiat’s Ducato facility in Italy. It is estimated that 1,100 new workers will be employed by the end of 2013 at Saltillo. This brings Chrysler’s current figure of employment in Saltillo up to 6,500 workers.