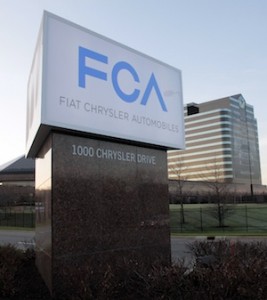 Technical problems with Chrysler’s supplier payment software have been causing headaches for a number of companies since the beginning of this year.

Lower tier, or indirect, suppliers submitting invoices to the system, called PentaSAP, are having invoices rejected and payment withheld. Sixty one suppliers, or 4% of the total population of 1,478, that have loaded invoices into PentaSap have not received any payments from Chrysler in 2014 according to the carmaker. The problem is pronounced for those using legacy systems that have to be converted to the new system.

The company would not confirm whether logistics providers were being affected, confirming only that those providers moved over to the system along with indirect suppliers. However, Automotive Logistics has learned separately that some have been experiencing delays of more than a month in certain cases.

Production has not been affected at any of Chrysler’s plants.

Payment issues with suppliers have affected Chrysler’s scoring in a recent survey carried out by research firm Planning Perspectives. Supplier feedback contained in The Annual North American Automotive OEM-Tier 1 Supplier Working Relations Index Study revealed that suppliers had concerns about the timeliness and accuracy of invoiced payments, as well as the resolution of disputes and the time taken to resolve them.

Asked how close it was to solving the problem a spokesperson for Chrysler told Automotive Logistics that it was making progress in working through what was a complex conversion.

“We sincerely appreciate the patience and understanding our suppliers have shown us as we work to mitigate any issues they may be experiencing,” said the spokesperson.

Problematic second phase
The carmaker has led a two-phase roll out of the new payment system, supplied by software provider SAP, which was implemented to remedy the co-existence of different invoicing systems across the company. It was also brought in to work with the purchasing and invoicing system used by Fiat following the Italian carmaker’s buyout of Chrysler at the beginning of this year.

The first phase, introduced last year, was for tier one parts suppliers. Phase two, introduced in January this year, was implemented to cover around 1,500 suppliers further down the supply chain.

A spokesperson for SAP stressed that the company did no have a reputation for delays and costs.

"Our goal is to make every customer a best-run business,” he said. “Our software is installed at tens of thousands of customer sites globally, in more than 25 separate industries, including the automotive industry."

*In other news Chrysler recently announced that its worldwide vehicle shipments were up 16% to 668,000 for the first quarter of the year compared to the same period in 2013 when 574,000 vehicles were moved. Worldwide vehicle sales for the first quarter were 621,000, up 10% from a year ago, driven primarily by a 19% increase in US retail sales. However, Q1 financial results show the carmaker sustained a net loss of $690m, a cost relating to its merger with Fiat, including a $504m non-cash loss on extinguishment of debt.