Collins Amendment makes it through Congress

The American Trucking Association (ATA) has welcomed the suspension of a provision in the US trucking industry’s hours-of-service (HoS) rule following its attachment to a $1.1 trillion spending bill that was passed by the US Congress last week. 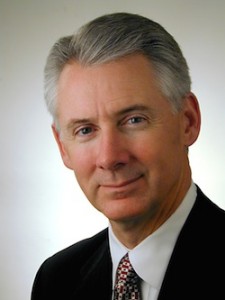 The suspension, also known as the Collins Amendment after the Maine Republican senator Susan Collins who supported it, affects the 34-hour restart rule that the Federal Motor Carrier Safety Administration (FMCSA) brought in last July to reduce fatigue-related accidents on US highways. It was attached by Collins to the recent spending bill as a ‘rider’ policy.

The FMCSA’s original rule limited the maximum average working week for truck drivers to 70 hours. It made provision for drivers who reached 70 hours of driving within one week to resume only if they rested for 34 consecutive hours, including at least two nights between the hours of 1am and 5am. Following the suspension of that ruling they will, once again, be allowed to work as many as 82 hours over eight days.

The amendment to that rule was adopted by a bipartisan vote of the Senate Appropriations Committee in June this year based on the argument that more research needed to be carried out into the affects of the ruling. However, it needed to pass through Congress for approval, which last weekend’s vote achieved.

The suspension of the rule is to run until the beginning of October 2015. Truck drivers are still limited to working a 14-hour day, of which only 11 hours can be behind the wheel. They must also take at least one 30-minute break. In addition, they are still required to be off duty for 34 hours at the end of a working week. The amendment removes the rule that 1am to 5am rest periods must take place over two consecutive days.

The ATA said the original ruling was based on misinformation and that the FMCSA had failed to conduct proper research and analysis of the safety impacts of what amounted to a shift of more truck traffic onto the roads during morning hours.

“We have known since the beginning that the federal government did not properly evaluate the potential impacts of the changes it made in July 2013,” said ATA president and CEO, Bill Graves (pictured). “Now, thanks to the hard work of Senator Collins and many others, we have a common sense solution. Suspending these restrictions until all the proper research can be done is a reasonable step.”

The ATA maintains that there are more than 90 associations supporting the suspension of the ruling, including the Auto Haulers Association of America, FedEx, UPS and trucking associations from all 50 states of the US.

Safety concerns
However, other voices joined the debate in the lead up to the passage of the amendment.

US Transportation Secretary, Anthony Foxx, sent a letter to lawmakers last week ahead of the bill in which he said he was seriously concerned that the suspension would put lives at risk.

Joan Claybrook, chair of the interest body Citizens for Reliable and Safe Highways (CRASH) said the Collins Amendment would force truck drivers behind the wheel for more than 80 hours a week, double the 40-hour working week of most Americans.

“Unfortunately, this gift to industry will be paid for by the families across the country and tired truckers who will be put at unreasonable and unacceptable risk of death and injury on our highways,” she said in a statement.

However, ATA’s Graves maintained that the trucking industry was dedicated to safety and said that the average driver worked a little more than 50 hours per week with only 2% working more than 61 hours.

He also said that there had been an increase in early hour driving by truckers which he said was the riskiest time of day and an unpopular outcome of the FMCSA rule according to a national survey it held in September.

“The fact [is] that under the previous rule, large truck-involved crashes fell 27% in a decade,” Graves said. “These facts should be remembered not just by policymakers, but by trucking’s critics the next time they unfairly malign an industry that moves nearly 70% of the nation’s freight and does so with a commitment to safety that is second to none.”