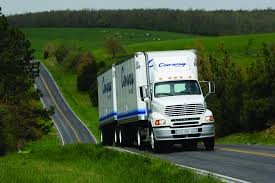 Con-way Freight has announced the launch of an improved service package in Mexico, which it hopes will raise the visibility of logistics between the US and Mexico. The service will support tier suppliers moving automotive freight between the two countries.

The new service will provide real-time, door-to-door online tracking and a 24-hour customer resource centre. There will also be an increase in web tools for managing shipments moving to and from Mexico. The development aims to streamline the shipping of goods between the two countries, said Con-way.

Con-way claimed that customers would benefit from the velocity of the freight’s single-integrated US network, which provides 25% faster transit times to and from US-Mexico border gateways.

Con-way Freight is a less-than-truckload (LTL) carrier and subsidiary of Con-way Inc. The company provides transport across the border from the US to Mexico at 13 gateway points, and also works with sister companies in the US, Con-way Truckload, and in Mexico, CFI Logistica, to provide trucking to and from destinations in both countries.

Ed Conaway, senior vice-president of sales, said that the service had been developed partly with its automotive customers’ considerations in mind. “[The service] supports our current stable of tier one and two automotive customers, and is in response to needs we identified with them as we did research into the market,” Conaway told Automotive Logistics. “We also got feedback from automotive customers that they expect to see a significant increase in cross-border traffic, and a continued shortening of supply chain demand cycles.

“Both of these factors drove interest and demand in a more robust service offering, featuring faster transit times, simplified tendering of shipments, and easy to use door-to-door tracking – all of which we now offer,” Conaway added.

The company said that door-to-door tracking would increase efficiency overall, reducing uncertainty in the supply chain and helping customers drive down chain costs.

Con-way has invested in further infrastructure to meet Mexico’s growth, which includes expanding automotive volumes. In March 2013, the company opened a new $13m facility in Laredo, Texas, featuring a 70,000-square-foot (6,500 square metres) dock and 148 dock doors. The facility is Con-way’s principal gateway for shipments to and from Mexico, and is also home to the resource centre that monitors all cross-border shipments.