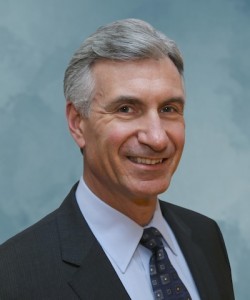 Joseph Dagnese (right) is replacing Saul Gonzalez as president of Con-way Truckload, the full truckload division of parent freight transport and logistics provider Con-way. Dagnese moves over from one of Con-way’s other divisions, Menlo Logistics, where he was most recently vice president – International. He will now be based in Joplin, Missouri.

"Joe Dagnese is a respected transportation and logistics executive who has made significant contributions in leadership roles throughout his career," said Douglas Stotlar, Con-way's president and CEO. "We are pleased to have him assume this new role and I'm confident his leadership skills and lean operations expertise will be a key asset to Con-way Truckload's future growth and success."

Dagnese has led Menlo's International operations since September 2013 and was also responsible for the deployment of Menlo's Global Lean Strategy. Before that he directed Menlo's Automotive & Government Services Group, which provides a full range of logistics and transport management services for tier one and two suppliers in the US and further afield.

Gonzalez, a 22-year veteran of the company, will remain with Con-way Truckload in an executive staff role.

"I want to thank Saul for his stewardship of Con-way Truckload during this transitional time in the company's history," said Stotlar. "We are fortunate to continue to have Saul's experience and insight as a resource for the organisation."