Conner takes the helm at WWL

Wallenius Wilhelmsen Logistics has a new president and CEO following the departure of Arild Iversen, who is moving on to a new role as consultant to WWL and its parent companies Wilhelmsen Lines and Wilhelmsen ASA. 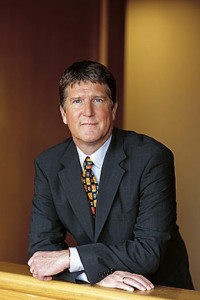 Christopher Conner (pictured), who was most recently deputy CEO and chief commercial officer, began the role on June 21 this year. Conner has more than 32 years of experience in the logistics industry and has held a range of positions, including president of WWL Americas and CEO of WWL Vehicle Services Americas.

Iversen was president and CEO for six years. He began his career chartering car carriers and has more than 30 years experience in ocean forwarding, including in the container side of the business.

“Under Arild Iversen’s solid and impressive leadership, WWL has grown to be a global leader in logistics, with a network that spans the globe over both land and sea,” said Leif Løddesøl, chairman of the WWL board of directors. “Throughout this time, Chris Connor has been a central member of the WWL executive team as well as deputy CEO, making the factory-to-dealer strategy a reality.

“He knows the company and our customers well and he has broad international experience
in his field,” Løddesøl added. “I have every confidence in our new CEO.”