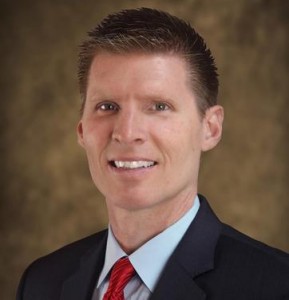 Following XPO Logistics takeover of Norbert Dentressangle in June this year, it has been announced that the latter’s CEO, Hervé Montjotin, has left the company. Montjotin has been replaced by Troy Cooper (pictured), who becomes CEO and chairman of the subsidiary, now called XPO Logistics Europe.

Cooper is COO of XPO’s global organisation and will retain this role while taking on his new responsibilities in Europe. He joined the company in 2011. Prior to that Cooper held senior management roles with two public companies, United Rentals, and United Waste Systems, and earlier worked in public accounting with Arthur Andersen.

“As COO, Troy continues to do a stellar job of ensuring that our global vision meshes seamlessly with our daily operations,” said Bradley Jacobs, chairman and CEO of XPO Logistics. “In Europe, Troy will work shoulder to shoulder with our outstanding business leaders to grow our customer service capabilities.”

Jacobs continued, “Hervé accomplished a great deal during an important time in Norbert Dentressangle’s history. We are grateful for his many contributions and wish him the best in his future endeavours.”

XPO’s takeover of Norbert Dentressangle was first reported in April this year. It followed some major acquisitions over the past couple of years, including Pacer International, New Breed Holdings and National Logistics Management.