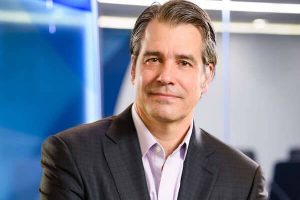 Complying with the proposed US-Mexico-Canada Agreement (USMCA) that replaces Nafta will be expensive for those in the automotive supply chain and could prove unworkable for some, according to John Bozzella (pictured), president and CEO of the Association of Global Automakers in the US.

Details in the draft accord include a proposal that, for vehicle-makers to benefit from tariff-free trade, 75% of a vehicle’s content should be sourced in one or more of the USMCA countries. Nafta’s threshold is currently 62.5%.

Speaking at a public hearing on the USMCA, Bozzella said: “The agreement’s automotive rules of origin are complex and contain a large number of layered requirements. It is clear that the USMCA auto origin rules will introduce unnecessary complexity, require costly changes to supply chains and potentially redundant investments.

“In addition, automakers will need to invest in elaborate processes to ensure compliance with these rules. Suppliers throughout the supply chain will have to establish similar costly processes… The new costs from complex and layered rules of origin in the revised agreement may prove unworkable for some.”

The association, added Bozzella, was “concerned that the combined impact of these requirements will reduce our industry’s overall global competitiveness.”

The hearing was held by the US International Trade Commission, which Bozzella said should consider the impact on US production, sourcing and finished vehicle product availability, if some automakers or North American parts suppliers found they could no longer satisfy the USMCA’s new rules of origin.

Possible complications in the sourcing of components are also a concern for members of the Motor and Equipment Manufacturers Association (MEMA).

“Suppliers are dependent on cost-effective components in order to provide consumers with new technologies in a competitive manner,” said MEMA’s senior vice-president of government affairs, Ann Wilson. “Suppliers and vehicle manufacturers will have little choice but to move production elsewhere, if access to cost-effective inputs is restricted.”

Wilson went on to say that smaller, more localised suppliers were likely to feel the pinch of increased costs immediately. “These suppliers are dependent on their tier one customers,” said Wilson. “Cost increases from abrupt changes resulting from tariffs or quotas, or increased administrative requirements, are felt up and down the supply chain; but smaller suppliers feel these impacts immediately.”

The impact of the new USMCA on automotive trade between the US, Canada and Mexico will be among the issues under discussion at the Automotive Logistics Mexico conference, taking place in Mexico City on January 29-31.