Courier NetWork expands presence with offices in Mexico and Asia 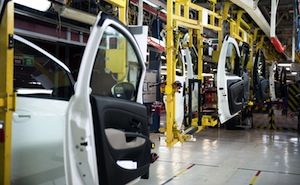 The company said its new branch in Guadalajara would support the automotive and electronics market in Mexico, adding that it was a well-established provider of services to the automotive industry there.

“The vast majority of shipments have been inbound to tier one companies but we see an increase in outbound shipments that originate in Mexico and terminate in the USA, Asia and Europe,” a spokesperson told Automotive Logistics. “CNW decided to establish a direct presence in Mexico to be able to serve the growing outbound, same-day logistics market there.”

Its branch in Singapore will also support activities in Malaysia and Indonesia, and in China the Shanghai office will expand on operations in Beijing and Hong Kong, as well as supporting staff in Chengdu and Dalian.

“In Asia the office in Shanghai was set up to continue CNW’s penetration into the huge Chinese automotive market,” said the spokesperson. “CNW opened the Beijing office in 2007 and added Dalian in 2010, Chengdu in 2012 and Hong Kong in 2015. The new office in Singapore has the emerging Malaysian automotive factories on its radar for inbound and outbound time- and mission-critical courier logistics.”