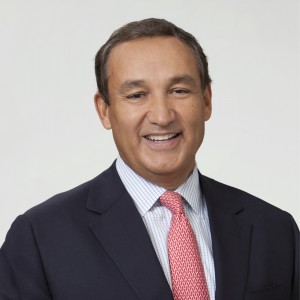 “Oscar has served CSX with distinction as both chief operating officer and chief financial officer, and I am proud to welcome him to this new role,” said Ward. “Oscar’s insights and experience in his critical CSX roles over the past 12 years, combined with his extensive executive experience at major multinationals before joining our company, position CSX to capitalise on a dynamic global market and growing demand for freight rail services, today and into the future.”

Prior to his time with CSX, which he joined in 2003, Muñoz served as chief financial officer and vice president of AT&T Consumer Services. He also has held key executive positions with other major corporations including The Coca-Cola and PepsiCo.

“It is a privilege to take on this role at a time when CSX is becoming stronger than ever,” said Muñoz. “Together with our 31,000 talented employees and this experienced leadership team, CSX is intensifying the execution of its core strategy to capitalize on the many growth opportunities before us and create sustainable value for our customers, our shareholders and the communities we serve.”

CSX has also promoted vice president and chief transportation officer, Cindy Sanborn, to the position of executive vice president – operations, reporting to Munoz. Sanborn has been with CSX for more than 25 years and during that time has risen through the operating department to a number of senior leadership roles, including vice president of Northern Region operations.