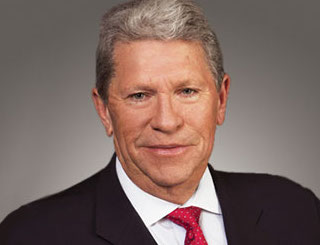 E Hunter Harrison (pictured), president and CEO of North America railroad company CSX, has passed away at the age of 73, following “unexpectedly severe complications” from a recent illness, according to a statement from the company. Harrison was placed on medical leave on Thursday December 14th but died on the following Saturday.

“The entire CSX family mourns this loss,” stated the company. “On behalf of our board of directors, management team and employees, we extend our deepest sympathies to Hunter’s family. Hunter was a larger-than-life figure who brought his remarkable passion, experience and energy in railroading to CSX.”

Harrison only took over as head of CSX in March this year when Michael Ward retired from the role. He moved to CSX from Canadian Pacific having served for five years as president and CEO. He was also previously head of Canadian National Railway and of Illinois Central Railroad.

Harrison had more than 50 years’ experience in the railroad business and was renowned for his ability to reform struggling companies. He was in the process of turning around the fortunes of CSX, the third largest rail freight company in the US, and making it more efficient with his Precision Scheduled Railroading strategy. That involved a set of rules designed to improve operating efficiency by reducing rail car dwelling times and classifications, and balancing train movements by direction. It also led to closure of rail yards, the lengthening of trains and some sizable job cuts.

Harrison faced criticism over the summer of 2017 that services had actually become worse, including from GM, and admitted mistakes had been made at a hearing at the US Surface Transportation Board (STB) in Washington in October. In September, CSX halted all finished vehicle shipments through or to its yard in Lordstown, Ohio, because of congestion problems.

Harrison’s sudden death sent CSX’s share price down approximately 10% from around $58 to $52, but it rose back to around $55 by the end of Tuesday.

Jim Foote is currently acting CEO at CSX. He was most recently appointed as chief operating officer (COO), taking over the responsibilities of Cindy Sanborn, the current COO, and Fredrik Eliasson, chief sales and marketing officer, both of whom resigned in November. Foote has over 40 years of railroad industry experience, starting with the Chicago and North Western Railroads and then with Canadian National.

Edward J Kelly III, chairman of the CSX board of directors, stated: “With the passing of Hunter Harrison, CSX has suffered a major loss. Notwithstanding that loss, the board is confident that Jim Foote, as acting CEO, and the rest of the CSX team will capitalise on the changes that Hunter has made. The board will continue to consider in a deliberative way how best to maximize CSX’s performance over the long term.”