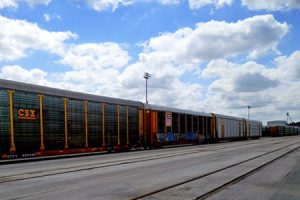 North American rail provider CSX has named veteran railroad executive E. Hunter Harrison as its new CEO. Harrison replaces Michael Ward, who recently announced his decision to retire as chairman and CEO at the end of May but will continue to serve as a consultant.

Harrison, whose experience includes stints at both Canadian National and Canadian Pacific, said he was “proud to join the dedicated and talented railroaders at CSX”.

His appointment, one of a number brought about by activist investor Mantle Ridge, is dependent on CSX providing up to $84m in compensation for benefits forfeited by Harrison as a result of leaving Canadian Pacific. Whether CSX will agree to this remains to be seen, however: the company is to put the matter to a vote its the next annual shareholders’ meeting.

The meeting has yet to be scheduled for this year but last year took place in May. Harrison has threatened to resign if CSX shareholders do not approve the move.