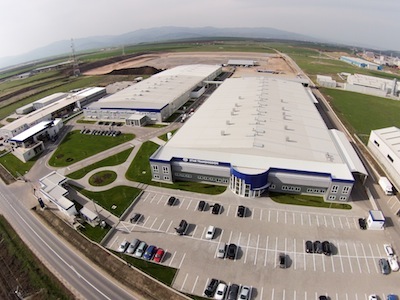 Star Assembly, Daimler’s subsidiary in Romania, has started production of the 9G-Tronic automatic transmission at its facility in Sebes, following a €300m ($341m) investment in the expansion of its production capacity.

Components are being fed to the Romanian plant for assembly from Heidelfingen, part of Daimler’s Untertürkheim plant in Germany, the lead plant for 9G-Tronic production, according to a spokesperson for the carmaker.

Daimler said the Sebes facility in Romania would supply the transmissions primarily to Mercedes-Benz production facilities overseas, such as those at Tuscaloosa (USA), Beijing (China) and East London (South Africa). However, plants in Germany, including Bremen and Sindelfingen, are also under consideration.

The company would not name the logistics providers it was working with for the distribution of the transmissions, but said a variety of service providers were involved and some contracts were still going through the tendering stage.

Daimler refused to provide information on the number of units it intended to produce at the Star Assembly facility.

However, the carmaker’s spokesperson highlighted that road and rail infrastructure played an important role in the evaluation of the site for development compared to other locations, as did the supplier landscape.

“As the production plant for the 9G-Tronic is new, we are able to consider all our past experiences to ensure efficient logistics layouts and processes,” the spokesperson said.

Other factors included the availability of resources and labour, and the ease of doing business with Romanian authorities.

“For over ten years, we have been working very successfully with our Romanian subsidiaries,” said the spokesperson. “They are producing flexibly, efficiently and in top quality. Our employees in Romania are highly qualified and motivated [and] we have a very good experience of cooperation with local, regional and national authorities here.”

Pruscha moves to plant manager roleDaimler has appointed a new plant manager for the Sebes plant: Falk Pruscha is general manager of Star Assembly and its sister company in Romania, Star Transmission, based in Cugir.

Pruscha replaces Bernd Krottmayar, who was in the role for five years but has since moved to become director of production planning at the Untertürkheim plant in Germany. Pruscha was previously director of axle and gearbox manufacturing at Daimler.