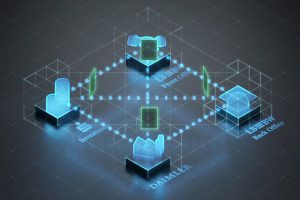 Daimler and German bank Landesbank Baden-Württemberg (LBBW) have teamed up on a project using blockchain technology for a €100m loan transaction.

The entire deal for the one-year corporate Schuldschein (a loan agreement unique to the German market) was digitally carried out using the distributed digital ledger technology. This includes the origination, distribution, allocation and execution of the loan agreement as well as the confirmation of repayment and of interest payments.

Daimler’s Bodo Uebber, the management board member responsible for finance and controlling, as well as financial services, said the project was the “first step in testing the wide variety of possibilities for using blockchain technology and assessing this technology’s potential for future transactions and financial processes”.

According to a Daimler spokesperson, the project started in January this year and was based on a prototype developed between July and September last year.

The spokesperson added that the carmaker was also conducting other projects to determine where blockchains could be used to increase efficiency and support its business models.

Kurt Schäfer, vice-president at Daimler treasury, said, “We want to do this in all the areas of application that are important to us: customer relations, sales and marketing, supplier management, digital services, and financial services.

“Other possible applications of blockchain technology in the financial sector include payment transactions, the securities trade, and the cross-border shipment of goods.”

Daimler and LBBW said they expected blockchain to have similar efficiency-enhancing potential with regard to syndicated loan transactions and export financing.

Earlier this year, shipping giant Maersk and IBM announced they would be seeking to work with a network of shippers, freight forwarders, ocean carriers, ports and customs authorities to build a new global trade solution based on blockchain technology, suggesting that it had the potential to save the industry billions of dollars if widely adopted.