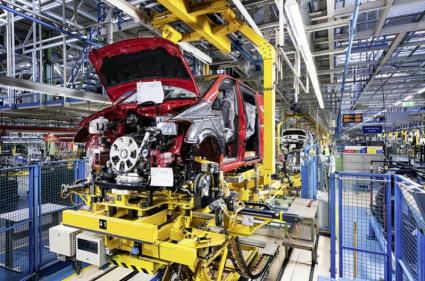 Daimler has announced its intention to invest €190m ($258m) at the Mercedes-Benz van plant in Vitoria, Spain, with plans afoot to optimise logistics.

The investment will be used to prepare for production of new Mercedes-Benz medium-sized vans, which is set to commence later this year.

The plant is the OEM’s second-largest van facility in its global production network, and currently employs over 3,100 workers. Funds will reportedly be used to cover the plant’s existing assembly units, body shop and logistics capabilities.

Volker Mornhinweg, head of Mercedes-Benz Vans, commented: “With the investment of approximately €190m we are strengthening our Vitoria facility and making it fit for the future. At the same time we are emphasizing the importance of the second-largest van plant in our global production network.”

Mercedes-Benz Vans’ head of production, Rainer Ruess, also said: “The Mercedes-Benz plant in Vitoria is the only automobile manufacturer in the Basque region, and its 3,100 employees make it one of the biggest industrial companies in the region. We are totally committed to this location, and we are now working hard to prepare ourselves for the production of the next generation of medium-duty vans.”

The plant, which was held for a time by both Daimler-Benz AG and Volkswagen, was transferred to Daimler’s sole ownership in 1976.