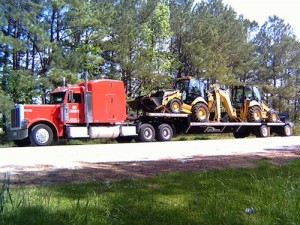 Lone Star Transportation, which specialises in the road haulage of complex high and heavy shipments, has been merged with Texan rival Daseke for an undisclosed sum.

According to the company the purchase makes Daseke the second largest carrier in the segment  behind Landstar, which draws 30% of its revenue from the flatbed and specialised transport business. It also builds Daseke's presence in Mexico, where both it (through Boyd Brothers) and Lone Star provide transport services for a growing market for heavy goods as manufacturing shifts there from Asia.

"The most common way to transport these goods is via open truck decking," said R. Scott Wheeler, senior vice-president and corporate CFO. "So, as Daseke positions itself to be the leading open deck carrier in North America, a strong capability to and from Mexico is a critical element."

The merger with Lone Star is expected to increase the company's activity in Mexico by between five to ten times.

“When the opportunity came to join forces, it became something that we believed would benefit our customers and employees,” added Tex Robbins, president and CEO of Lone Star. “Joining the Daseke team gives us great sister companies to work with – versus compete against – while allowing us to maintain our existing management team to run the company as we always have.”

Wheeler added that the addition of Lone Star meant it now covered a greater territorial range and grew its market in other sectors.

"[T]hey have the super-heavy haul capabilities we did not have previously and they are one of North America's leaders in transporting wind energy-related components. These are all additive to Daseke's overall capabilities. So when customers need a variety of open deck services, one of our operating divisions should be able to acccommodate them."

Currently around 10% of Daseke's overall business is taken up with the movement of construction and agricultural equipment.