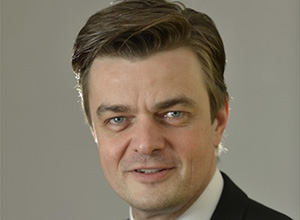 Dr Jürgen Wilder (pictured) has resigned as CEO of DB Cargo and will leave the company at the end of October. He has simultaneously withdrawn his interest for the role of board member at DB Freight Transport and Logistics.

"In the light of the current debate [over who would become board member at DB Freight Transport and Logistics], I have decided not to further pursue my interest in the position of group board member" said Wilder. "I hope that my decision will put DB Cargo in a better position to focus on the issues, instead of having personnel-related questions continue to overshadow these issues."

The company would not confirm what was behind Wilder’s decision to leave but it is thought to relate to his strategy for DB Cargo, which was based on restructuring and the loss of 2,000 jobs. The proposal met resistance from the unions and sources in the German press said Wilder had failed to gain support from the DB board. This week the Allgemeine Zeitung reported that Wilder could not secure the necessary two-thirds majority support from the board for his appointment.

After delays to services and protests from customers following the plan to dismiss staff, the company was forced to reverse the decision to cut the workforce and is now pursuing a recruitment drive.

“We have started an initiative at DB Cargo to hire in the next year’s operative staff, such as train drivers or staff for the workshop,” a spokesperson for DB Cargo told Automotive Logistics. “Dr Wilder supports this initiative.”

Berthold Huber, the group board member responsible for DB Cargo, said last week that Wilder and DB had reached a very amicable agreement and he thanked Wilder for his work at the company.

"Although I greatly regret the recent developments, I am hopeful that Dr Wilder's decision will bring some objectivity back into the debate,” said Huber. “We sincerely thank Dr Wilder for his extraordinary dedication in helping to push our rail freight business forward. The initial success we are seeing in this respect is to his credit."

Wilder joined DB in 2015 from Siemens where he was CEO of the company’s global unit for high-speed, intercity and regional trains.

The company has not announced a permanent replacement for Wilder but DB Cargo’s spokesperson said Matthias Reichel, member of the management board for finance/controlling and chief financial officer of DB Cargo, would temporarily fulfil the role as deputy chairman.