DB Schenker has detailed CEO appointments in Europe and India with Jürgen Wilder taking over as CEO of DB Schenker Rail this coming December and Oliver Bohm, recently appointed as CEO of Schenker India. 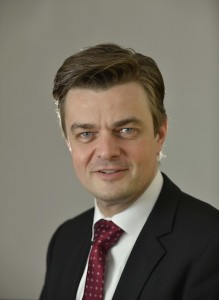 Wilder joins the company from Siemens where he was most recently CEO of the company’s global unit for high-speed, intercity and regional trains. He replaces Dr Alexander Hedderich, who left Deutsche Bahn at the end of August 2015 after 16 years at the company, six of which he spent as head of DB Schenker Rail.

Wilder was also responsible for construction of the new ICx, which is scheduled to begin operations in Germany starting in late 2017. According to Siemens the ICx will replace the Intercity and Eurocity trains that DB uses and is the largest train contract Siemens has ever won during its 160 years in business. The ICx will eventually make up 70% of Deutsche Bahn's interurban transport revenue.

Prior to his role as CEO of high-speed, intercity and regional trains, Wilder held various positions within the Siemens Group in Germany and abroad, including in Sacramento in the US, where he successfully launched the entry of Siemens into the North American locomotive market.

Oliver Bohm, meanwhile, took over from Reiner Allgeier as CEO of DB Schenker India in August and a large part of his responsibilities will be in meeting the needs of the German rail provider’s automotive customers there, including overseeing supply chain planning and implementation.

The company said that automotive was one of the most important vertical markets for it in India and a focus for growth as demand for services shows a sharp increase.

Bohm has had a number of roles in the Asia Pacific region at DB Schenker. Prior to his latest role he was vice president for sales and key accounts manager, Asia Pacific for DB Schenker Singapore, a position he moved to from his role as managing director for the company’s division in the Philippines. He has also held senior roles in Australia and New Zealand. He joined Schenker in 1992.