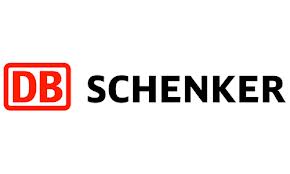 The new merged region extends to the UK, Denmark, Estonia, Finland, Ireland, Iceland, Latvia, Lithuania, Norway, Poland, Russia, Sweden, Ukraine, and Belarus. It means the European region is now the second-largest in DB Schenker’s global sales network. The regional head office is in Gothenburg, Sweden, and the company said it hoped that the grouping would enhance visibility and cooperation across its wider European operation.

To this end, the group’s former Europe East director, Göran Åberg, will oversee management of the combined regions, whilst Karsten Kelly, former chief financial officer for Northern Europe, will now serve as CFO of the area. Mats Grundius, who was formerly responsible for land transport in northern Europe, has assumed managerial responsibility of the national subsidiary Schenker AB, in Sweden.

Ingvar Nilsson, the company’s regional director for Europe North retired at the end of 2013, following 40 years in the industry but will provide support to Åberg over the coming months during the transition of the business.

Dr Thomas C. Lieb, CEO of Schenker AG, commented: “With the new reorganisation we are in a better position regarding changing conditions and customer requirements, and we can respond to our customers' needs more quickly in a region that continues to be highly interesting from an economic perspective.”