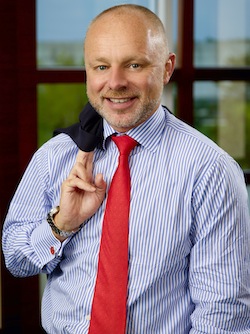 Ceva Logistics has appointed Peter Dew as president, Asia Pacific. The announcement makes formal the role he has held on an interim basis since July when Didier Chenneveau left the position amidst a management reshuffle. Dew has been a member of Ceva’s Executive Board since 2008.

Since joining the company in April 2008, in addition to his role as chief information officer, Dew has held various other positions within the organisation, including chief human resources officer, and is currently on the Board of Gender Diversity as part of Ceva’s global Diversity and Inclusion programme.

“Peter’s immense knowledge of supply chain and freight management will be a real asset to our operations in Asia Pacific,” said the company’s CEO, Marv Schlanger. “His role as CIO required close partnerships with our customers and an in-depth understanding of their businesses. This experience will be critical as he supports our customers across the Asia Pacific region with their supply chain needs.”

Prior to Ceva Dew spent his career with BOC Group, becoming CIO there in 1998 and staying in the role when Linde Group bought BOC in 2006.