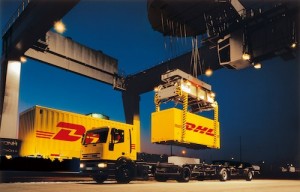 DHL’s European road and rail freight division, DHL Freight, has expanded its Eurapid service to nine more terminals in Europe. The priority service is for less-than-truckload (LTL) inbound and aftermarket shipments of up to 2.5 tons and runs on a day definite basis. It was established in February last year. According to the company it is aimed at OEMs and suppliers in sectors, including automotive, technology and engineering, looking for direct distribution for shipments that are urgent, unique, production-critical or of a higher than average value.

The latest additions to the network include centres in Hungary and Slovakia as well as additional centres in France, Italy, Poland, Spain, and the UK. Two terminals have also been added in Portugal, in Lisbon and Porto. This brings the number of centres to more than 50.

There are existing centres in Austria, Belgium, Czech Republic, Denmark, Finland, Germany, the Netherlands, Sweden and Switzerland. More terminals will be connected in to the network in 2015.

The Eurapid service is based on DHL Freight’s existing Euroconnect LTL network but offers faster day-definite deliveries and value-added services. Staff have been trained to provide a proactive customer service and enhancements have been made to the supporting IT setup, according to Stefan Brunner, global sector head for Automotive at DHL Freight.

The company’s main investment has been in staff training and in the centrally planned and fully monitored linehaul schedule, which offers daily departures.

Brunner added that the service would be intermodal, between road and rail, where it made sense and based on transit times and destinations.