A subsidiary of Chinese carmaker Geely has now launched nine satellites into low-earth orbit that it said will that support services for autonomous driving, ocean and land logistics, drone navigation and mapping, amongst other services.

Geespace, which is part of the subsidiary Geely Technology Group, aims to have 72 satellites in orbit by 2025. That will mark the first phase of an overall plan for 240 satellites making up what it calls the Geely Future Mobility Constellation. 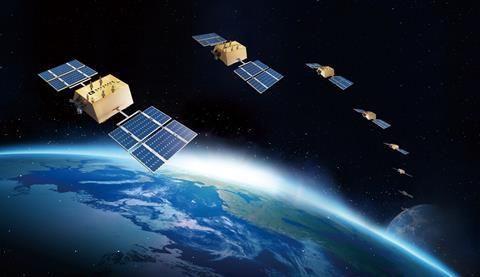 The first satellites were launched from Xichang Satellite Launch Center in Sichuan, China. They have a designed operating lifespan of five years, according to Geespace.

The company said that early applications included working with logistic service providers to create “the first one-stop logistics monitoring service platform with real-time management and control of the transport process”.

Initially, service coverage will be provided to the Chinese market and the Asia-Pacific region with plans for expanding global coverage after 2026, according to Geespace.

“Many favourable factors such as policy support and market demand is accelerating the growth of the commercial aerospace sector,” said Tony Wang, CEO and chief scientist of Geespace. “By establishing the Geely Future Mobility Constellation, Geespace is positioning itself to meet future user demands for high-precision positioning, space-based communication, and remote sensing services.”

Geespace operates and manages its satellite constellation through a network of ground stations in China established in Qingdao, Taizhou, Korla, Chengdu, and Harbin.