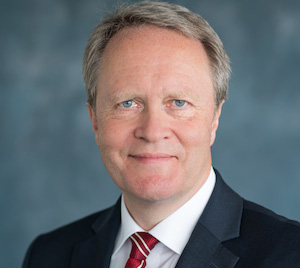 As part of a wider change-around of senior executives at MAN Truck & Bus, Dr Ulrich Dilling (pictured) is taking on executive board responsibility for production and logistics at the commercial vehicle manufacturer; while Peter Hörndlein has joined the truckmaker as senior vice-president of brand logistics.

Dilling replaces Dr Carsten Intra, who is moving to take over in human resources. Intra has held the role in production and logistics since 2012 and, since 2015, has also looked after research and development.

Dilling moves from his role as head of component production across all of MAN’s sites. He first joined the truckmaker in 2009 from transmission supplier Getrag and during 11 years with the company has worked in a variety of roles in Germany, Sweden and the US.

Peter Hörndlein, meanwhile, moves to MAN Truck & Bus from BMW, where he was most recently responsible for plant dispatch and vehicle distribution (a role he took over from Mathias Wellbrock last year). He joined the company in 2013 on the inbound side of the business.

Volkswagen took a 75% controlling stake in MAN SE, the parent company of the truck division, in 2012.

Dr Frederik Zohm is also joining MAN Truck and Bus as chief research and development officer. He was most recently responsible at Volkswagen Truck & Bus for management of the strategic alliance with US-based truckmaker Navistar. Prior to this, he was with Daimler in different management positions at Evo-Bus, the Mitsubishi Fuso Truck and Bus Cooperation (MFTBC), and Daimler Trucks Powertrain.