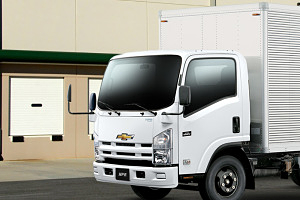 General Motors has reported the unexpected seizure of its plant and certain assets in Venezuela by the country’s government.

“[General Motors’ Venezolana] plant was unexpectedly taken by the public authorities, preventing normal operations. In addition, other assets of the company, such as vehicles, have been illegally taken from its facilities,” said the company in an official statement.

The country is undergoing a period of unrest with several deaths reported after mass protests against the country’s president, Nicolas Maduro.

The death toll reached 24 on Monday after another three protestors died in the violence. Despite the sporadic incidents of violence, the majority of protests have reportedly been peaceful.

The country is said to be suffering from shortages of basic supplies including medicine and food.

Foreign entities have been struggling to operate in the country for several years, given import restrictions and currency constraints.

In 2015, Ford booked an $800m write-down on its Venezuelan operations due to difficulties in exchanging its local cash in bolivars for US dollars.[related_topics align="right" border="yes"]

General Motors Venezolana (GMV) has not produced any vehicles in the country since August 2015, according to a spokesperson.

The company’s operations were first established there in 1948 and it is the oldest automaker in the country.

Producing Chevrolet-branded vehicles, the plant also formed part of a South American partnership with Isuzu to build trucks and buses. Additional plants in Colombia and Ecuador fall under the Isuzu arrangement.

In a statement, General Motors said it would pay separation benefits to the workers according to Venezuelan law.

“The seizure was granted and enforced in total disregard of GMV’s right to due process, causing irreparable damage to the company, its 2,678 workers, its 79 dealers and to its suppliers,” it said.

The dealers make up the country’s largest service network, employing 3,900 staff. GM says it will continue to provide aftermarket service and parts for its customers.

“GMV strongly rejects the arbitrary measures taken by the authorities and will vigorously take all legal actions, within and outside of Venezuela, to defend its rights,” it said in its statement.