DoT’s Foxx warns of worsening infrastructure in US 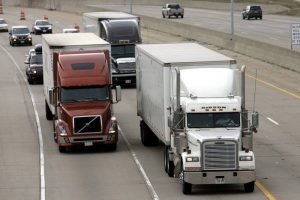 At a forum held at the Massachusetts Institute of Technology (MIT) on Monday this week, US secretary of transport, Anthony Foxx, warned that the US infrastructure deficit was growing and would worsen without further investment and long-term planning for new technology.

“Whatever the infrastructure deficit is on paper, it’s probably a multiple of that when you take into account the projects that are not being planned right now because of uncertainty about funding and other aspects of our transportation system,” Foxx told an audience in MIT’s Wong Auditorium.

The forum was hosted by MIT’s Center for Transportation and Logistics (CTL) as part of its Global Leadership Speaker Series and, as reported by MIT this week, Foxx highlighted a number of areas where new technology and innovation could provide economic growth and social benefits. These included: freight hubs and logistics; high-speed rail; air-safety systems; and automotive technologies, including vehicle-to-vehicle safety technology and possibly autonomous vehicles.

On the issue of funding for highway investment programmes in the US, Foxx was questioned about the Department of Transportation’s reliance on fuel taxes. CTL director, Yossi Sheffi, asked how this affected spending.

In response, Foxx said that declining funding not only exacerbated the infrastructure deficit but also created a cloud of uncertainty that made it very difficult to get public support for the projects to go ahead.

“Our revenues are declining in the gas tax, part of which is caused by the incredibly efficient vehicles that are now on the road,” he said, and suggested the take up of alternative funding mechanisms.

In other news, the DoT announced in December that it had removed the requirement for commercial truck drivers in the US to fill out Driver Vehicle Inspection Reports (DVIR) in the event that no safety defects or mechanical deficiencies were detected. The DoT said it expected the removal of the “burdensome daily paperwork” to save the trucking industry an estimated $1.7 billion annually without compromising safety.

“We delivered big on President Obama’s call to cut red tape and waste,” said Foxx. “America’s truckers should be able to focus more on getting their goods safely to store shelves, constructions sites or wherever they need to be instead of spending countless hours on unnecessary paperwork that costs the industry nearly $2 billion each year. This is a far better way to do business.”

The DoT’s Federal Motor Carrier Safety Administration (FMCSA) estimates that professional truck drivers spend approximately 46.7m hours each year completing DVIRs. They were required to conduct pre- and post-trip inspections of their vehicles to identify any safety defects or maintenance concerns. The final rule, which went into effect on 18 December last month, removes the requirement that drivers file a report for approximately 95% of inspections when equipment problems or safety concerns are not identified.