DPCA to sell vehicles to ASEAN region from Singapore 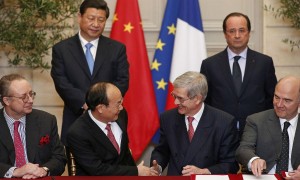 PSA Peugeot Citroën has signed a 50:50 joint venture agreement with Dongfeng Motor, its partner in China, to sell Chinese and European-made vehicles in ASEAN markets from a base in Singapore.

The agreement, which is reported to be worth 100m yuan ($16m), is part of PSA’s existing strategic partnership with Dongfeng Motor – Dongfeng Peugeot Citroën Automobile (DPCA) – which most recently announced it is taking over the vehicle import business that is currently being handled by the French carmaker’s office in Asia.

The latest move confirms reports made in April last year that DPCA was planning to export vehicles from China, in particular to Southeast Asia, something that could open up opportunities for its logistics provider Gefco, though no guarantees have been given. Gefco already has a joint venture with part of Dongfeng (Dongfeng Gefco) that provides inbound services for two of DPCA’s three plants in Wuhan

Overall in China and South East Asia, unit sales for DPCA rose by more than 44% in Q3 last year, lifted by the recent launches of the Peugeot 301, 2008 and 408, the Citroën C-Elysée and C4L. Those figures were also helped by the start-up of the Citroën DS brand with the DS 5, DS 5 LS and DS 6, though the DS brand, which continues to be handled by PSA’s other joint venture in China, Changan PSA Automobile, will not be sold through this most recent joint venture.