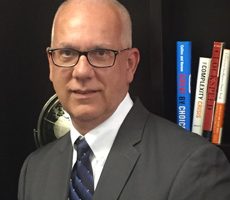 Following its takeover of UTi at the beginning of this year and some substantial contract logistics business gains in North America, global transport and logistics provider DSV has set up a dedicated regional division incorporating the previous UTi business – DSV North America Solutions.

From having just two warehouses covering 18,600 sq.m of storage space, the UTi takeover has resulted in DSV now running a total of 60-plus logistics facilities covering around 1.5m sq.m in total. The company is now represented in 19 US states, one Canadian province (Ontario) and eight Mexican states.

From the beginning of October, these activities have all been rebranded as DSV businesses.

DSV handles contract logistics under its Solutions business unit, which sits alongside its two other divisions – DSV Air and Sea, and DSV Road. Services under the Solutions division include inbound transport management, storage and pick and pack, as well as value added services such as speciality packaging, kitting, rework and labelling.

The continued growth in the North American market has been good for DSV, which collects, consolidates and sends parts from European suppliers to its OEM customers across the Atlantic. It has business across both inbound and spare parts distribution.

Back in August, DSV reorganised its contract logistics activities in Asia into its Solutions division, after its activities in that region were also boosted by the UTi takeover.