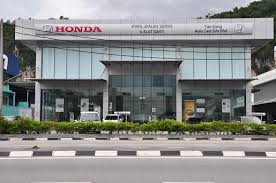 Honda’s division in Malaysia has opened a logistics hub in Kota Kinabalu in the east of the country which it said will cut vehicle delivery times to dealers there by a third. It is the first step in the carmaker’s expansion plans into the east of Malaysia, which were first announced in March this year.

The East Malaysia Logistics Hub will be operated and managed by logistics and shipping firm Giga Shipping, which will provide Honda Malaysia with a range of pre-delivery inspection services along with stock monitoring, secure storage and yard management.

The carmaker said as well as cutting delivery times the establishment of the hub would address quality concerns in the delivery of vehicles to region, which have been previously hampered by damage because of the long transport route and time exposed to the sun while awaiting delivery.

Between January and April this year Honda sold 1,617 units.

“Seeing the potential and increasing demand for value-for-money passenger vehicles in East Malaysia, Honda Malaysia made the strategic decision to embark on an expansion plan to support and strengthen its operations in that region,” said the company in a statement. “With that, Honda Malaysia targets to increase total sales in East Malaysia to over 600 units a month by the year 2016.”

In addition to the new logistics hub, Honda Malaysia is also in the process of setting up a regional office, training facilities and parts warehouse in East Malaysia to support Honda dealers and customers there. The company is also aiming to add a further four dealers in the region by March 2016 while improving the services of ten existing in the region.