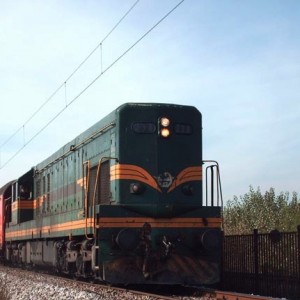 The European Bank for Reconstruction and Development (EBRD) is providing a loan of up to €145m ($180m) to strengthen the rail infrastructure in the Former Yugoslav Republic of Macedonia (FYR Macedonia). The investment is part of the second phase in the development of the eastern section of the Pan-European Corridor VIII.

According to the EBRD the work in Macedonia will facilitate the completion of a key East-West 34 km section of the rail corridor, which will ultimately link the Black Sea coast in Bulgaria to the Adriatic coast in Albania, as well as Turkey. The total cost of the project is €600m.

Barrett said that independent estimates indicate that up to 20% of road freight currently travelling on the route could move to rail but that no significant impact on long-distance road freight was expected until the whole route was complete, estimated to be around 2020.

Once it was complete, however, it would provide a similar balance between modes as seen on other corridors in the region.

“The specific commodities that might be transported along the corridor will depend on the price and quality of services offered by the relevant rail operators,” added Barrett.  In relation to finished vehicle freight she highlighted the need for special purpose enclosed rolling stock to avoid damage en route. Meanwhile, where volume was sufficient dedicated containerised services of components could be operated.

“There are many such services operating across Europe and development of the Pan-European corridors, when complete and combined with the necessary sector reforms, should allow a higher level of service, including integrated services to be offered than on existing routes,” Barrett told Automotive Logistics.

In the longer term, she said the development of Pan-European rail corridors, coupled with sector reform in each of the countries along the VIII Corridor to allow third-party access and efficient border crossings, would allow international rail operators to operate integrated services over the rail networks of individual countries, which would facilitate the development of rail logistics services.

“Construction of Corridor VIII Rail brings multiple political and economic values,” said Zoran Stavreski, FYR Macedonia’s deputy prime minister and minister of finance. “It is a good opportunity to establish a bridge between the West and the East, and hence when the construction of the whole railway track is completed, travelling by land from Skopje to Istanbul will take an hour and a half less. This is a major project for the country, as it helps to build sustainable economic growth generated through cross-border trading. This agreement is an important step in our cooperation with the EBRD.”