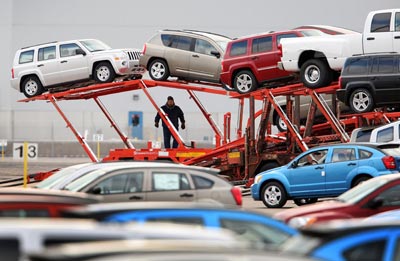 At the spring congress and general assembly of the Association of European Vehicle Logistics (ECG) held in Athens between 22-23 May, Mike Sturgeon, executive director, described the results of a recent survey which revealed that investment in trucks and drivers had been more prevalent than that of ships, railway wagons and river barges, up from 40% in 2012 to 70% in 2014. When its members were asked whether or not they were able to raise funds from banks, 20% said ‘yes’ in 2012 compared to the current figure of over 50%.

However, in terms of qualified truck drivers, there appears now to be a growing shortage. Less than 10% of surveyed members said they believed there were enough drivers to effectively carry out vehicle logistics services.

Perceptions have become more positive overall and outlooks have brightened. “The volume of business is expected to change,” said Sturgeon. “Two years ago, 50% of those questioned said they expected volume to decrease: a figure that has now dropped to almost 0%.”

Forecasts for the efficacy of fleet capacity utilisation has also improved compared to one year ago, when 40% said it would decrease and 15% alone now believe this still to be the case.

With improving sales, there were also signs that the industry was carrying less unused inventory. For example, compound occupancy has fallen from nearly 60% in 2011 to 10% in 2014.