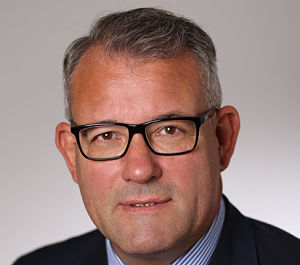 Eckl first joined Ford in Germany as an apprentice in 1972, going on to work in the quality control department in parts distribution and later as a merchandiser for spare parts.

In 1997, having occupied buyer positions for the purchase of automotive components and vehicle personalisation for about five years, he was appointed supervisor for global PS&L purchase planning for the European region in Ford’s customer service division.

He went on to become operations controller for the company’s warehouses in Europe. From 2002, up to his recent departure, he was coordinating operations manager for the outsourced parts operations centres in Sweden, Italy, Poland, Portugal and Russia, with the main focus on Moscow.

He was also responsible for the customs clearance process deliveries ex-Detroit to Russia, including the entire supply chain management and procurement process from domestic suppliers.

Eckl also has a bachelors degree in economics and has been with Tablogix since October.

Tablogix, established by foreign investors, has been operating in Russia since 1994. In 2012, the company expanded its list of services by providing international transport and customs clearance.