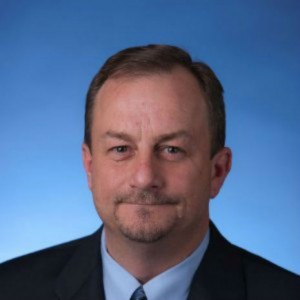 Ed Wilson has moved from his position as general manager of vehicle logistics for VW Group of America (VWoA) to take up a new role as manager of port operations at the port of Jacksonville (Jaxport) for the carmaker.

Wilson’s latest role is something of a return to the port operations side of the business. He started out at VWoA as manager of port operations and metrics back in 2008 when he moved to the company from Honda Manufacturing of Alabama, where he had been a logistics team manager over an 11-year tenure.

According to Jan Bures, executive vice president of group after sales and services, VW’s recent shift of port operations to Jacksonville has coincided with a surge in imported volumes from Mexico and Europe, as well as an increase in in Audi volumes following the model year change over. Wilson’s experience in port operations made him the natural choice of person to oversee the new operation at Jaxport, according to Bures.

“For this very challenging task we needed to have the best qualified talent on site who knows how to collaborate with port processors and carriers,” said Bures. “This is why Ed Wilson was approached to consider the job of port manager in the newly established port of Jacksonville.”

Bures noted that the company needed to make a quick decision on recruiting the best person for the job in order to secure the ready supply of vehicles to the market.

“Once the supply chain of a car company shows signs of being challenged the sales operation may become vulnerable as a consequence of it as well,” he said. “With our quick decision we have seen the results coming in we have hoped for.”

VW is now in the process of finding a replacement for Wilson as general manager of vehicle logistics at VWoA.