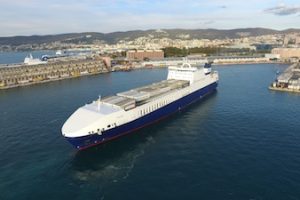 Turkish transport and logistics provider Ekol Logistics has bought a majority 65% stake in Europa Multipurpose Terminals for an undisclosed sum. The company operates a ro-ro terminal at the port of Trieste, in Italy, served by ocean and rail. The other stakeholders are forwarding company, Casa di Spedizioni, and regional private equity firm, Friula.

The terminal handles trailers and containerised goods, including automotive parts, and serves Turkish and Greek ro-ro vessels. While there are no plans for finished vehicle handling in 2017, a spokesperson for the company said this would begin in 2018 with an initial daily capacity of 200 vehicles.

There are plans to add Egypt and Israel as trade links from Trieste in coming years, according to Ekol. The terminal also has rail links to Germany, Luxembourg and the Czech Republic.

Currently the terminal handles 180,000 container units a year but that is forecast to rise to 240,000 next year.

Ekol Logistics chairman, Ahmet Musul, said Trieste was a vital location for the company’s intermodal transport services. Ekol has been using the terminal on its European short-sea service linking with the ports of Haydarpasa and Alsancak in Turkey, and Sète in France. The company’s ro-ro division, Alternative Transport, will be bringing its sixth ro-ro vessel into service in February next year.

“We have been using Terminal 6 since 2013 and we will keep using it for our ro-ro vessels,” confirmed Ekol’s spokesperson.

Francesco Parisi, head of Casa di Spedizioni, welcomed Ekol’s stake in the terminal and said it would consolidate the port’s standing as a leading one in the north of the Mediterranean in the ‘Motorways of the Sea’ network. Motorways of the Sea is a European Commission initiative that aims at establishing new intermodal maritime-based logistics chains in Europe.

Ekol Logistics is also developing a ro-ro terminal in Yalova in Turkey. The Yalova terminal is closer to the industrial zones of Izmit and Bursa, among others, and Ekol said last year that it was moving its ro-ro service there from Istanbul.