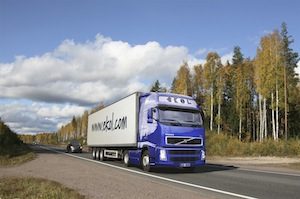 Turkey’s Ekol Logistics has opened a facility in Bulgaria as it expands activity across Europe. It is the 12th country the transport and logistics provider now provides services in – services a spokesperson has confirmed will extend to the automotive industry.

The company said a 1,000 sq.m cross-dock warehouse, located close to Bulgaria’s main airport at Sofia, would be operational within the next month or two, supported by a divisional office.

Ekol Bulgaria country manager Nikolay Stoyanov said the business would provide international and domestic full-truckload and groupage services. “Warehousing services will be provided for bonded and non-bonded goods,” he added.

Stoyanov said the new operation was expected to generate revenues of €4.5m ($5.07m) in the next two years. “We are planning to have 20 employees at the end of the second year of Ekol activity in Bulgaria,” he continued.

He said the division in Bulgaria could eventually offer intermodal services to and from other European countries.

Next year the company is considering further offices in Plovdiv and Varna.

Ekol Logistics general manager for Europe, Wojciech Brzuska, said the company would maintain the pace of its growth with offices in the Czech Republic, Slovakia and Iran.

From its beginning 25 years ago in Istanbul, Ekol has grown into an integrated logistics provider handling both intermodal transport and cross-dock services for inbound parts across Europe. It moved to Germany in 1996 and has been adding locations around Europe since then. Last year it added a facility in Poland.

Ekol owns a fleet of 4,000 trucks and also uses subcontractors for additional capacity. Similarly, it owns a significant amount of its own purpose-built warehousing space as well as leasing other facilities. It also operates its own fleet of five ro-ro vessels, three of which it owns with the other two leased.