Ekol sets up in Iran and looks to air freight 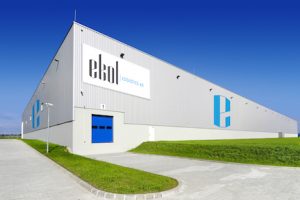 Ekol Logistics has established a subsidiary in Iran with an initial investment of €20m ($22m) in a logistics facility in the northern city of Qazvin, 50km west of Tehran. The company is also looking at the feasibility of establishing a time-critical air freight service to Iran from Cologne in Germany for the movement of vehicle parts.

Ekol is already providing services for customers in Iran but the first phase of operations at the new facility, called the Saffron Logistics Center, is expected to begin in the fourth quarter of this year. It will have an initial capacity of 45,000 pallets and will serve a range of sectors including automotive. From 2019, the company said capacity at the fully automated warehouse would rise to 100,000 pallets.

Ekol also has plans to open a number of crossdock centres across Iran to “provide tailor-made domestic distribution services with order-to-shelf visibility and high vehicle efficiency”.

Outlining the plans at the Transport Logistics trade show in Munich, Germany this month, company chairman Ahmet Musul said Ekol would offer international transport services out of the country to all regions of Europe and feed products for a range of industries, including automotive, into Iran from those regions.

He said shipments would be delivered to and from Iran in 10-11 days, using intermodal services.

Musul said Ekol would be able to deliver cargo from Europe and the CIS countries to Tehran using its intermodal system from Sete (southern France) or Trieste (northern Italy). Shipments will be combined into full truckloads at the company’s soon-to-open port facility in Yalova, Turkey, for different destinations in Iran.

Ekol is connecting Trieste with Turkey thanks to a new port investment in Yalova under a fully owned subsidiary – Yalova RoRo Terminals. Services are planned for the second half of this year. Total investment in the facility will reach €40m once complete and it will cover an area of 100,000 sq.m, according to Ekol.

Ekol bought a majority 65% stake in Europa Multipurpose Terminals at Trieste port for an undisclosed sum in December last year.

The company said it aimed to make Qazvin, located on the Turkey to Azerbaijan trade route, the most advanced and highest capacity logistics hub in the Middle East by 2020.

“We believe that Iran will be a significant opportunity for many investors from different industries within [the] next [few] years,” said Musul. “In this environment, Ekol aims to establish proper infrastructure for the supply chain services in Iran in order to meet high demands of the fast growing Iranian economy with foreign and domestic investors.”

Musul said the company anticipated an eventual annual turnover of €500m in Iran when it was fully up and running, equivalent to its turnover in its original market, Turkey.

Ekol said it would employ 300 people initially and offer a variety of logistics services based on its provision of bonded and non-bonded warehouses, value-added services, customs clearance and domestic distribution using its own terminals and network.

Air bridge from GermanyEkol Logistics is also looking at the potential of a daily air service to feed automotive parts from Germany into Iran on a next-day basis.

“This will enable automotive manufacturers to plan their production or aftermarket strategies with two days’ lead time from Europe to Iran door-to-door,” said a spokesperson for the company.

The move is still very much a vision and subject to discussions next month between Ekol and the airport authorities in Iran. But it could soon become a reality, according to the company’s general manager of Europe, Wojciech Brzuska. He told Automotive Logistics that Ekol was looking for a strategic partner to support the service at one of Iran’s airports, with Payam International one possible option.

“If we do it, we would like to establish a service between Tehran and Cologne, because there is currently no way to transport cargo between west Europe and Iran in fewer than eight days,” said Brzuska.

“For automotive, this is a killer,” he added. “Sometimes it is better to invest in air freight rather than to stop production, which can cost thousands and thousands of euros.”