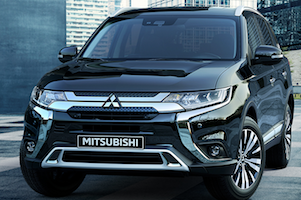 The new plant will produce the 4J1 powertrain for Mitsubishi’s Outlander SUV, already manufactured at the adjacent assembly plant, and the new 1.5L direct-injection petrol engine (4B4) to be fitted to the Eclipse Cross SUV, soon to be built at GMMC. The new factory has annual production capacity of 200,000 units.

“Producing the engines locally will enhance cost competitiveness and further strengthen market position in the world’s largest automotive market,” Tokyo-based Mitsubishi said. “In addition to increasing employment at the new factory, the production will result in more jobs in the supply chain.”

GMMC currently produces more than 270,000 units per year of the ASX and Outlander for Mitsubishi and Eupheme PHEV and Eupheme EV for GMMC. The plant employs 4,100 workers, and also serves as a sales and distribution base for GAC and Mitsubishi vehicles in China.

As well as launching engine production, GMMC has held a ground-breaking ceremony for a research and development centre, including test court, on a 41-hectare site in Changsha. The centre, which is due to be completed in 2020, will meet local market needs in China, Mitsubishi said.