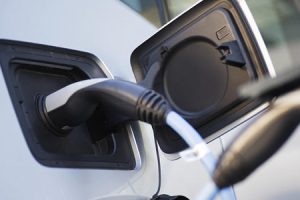 Punch Powertrain and start-up XPT have signed a joint venture (JV) agreement to establish a manufacturing plant in Nanjing, China, to supply “hundreds of thousands” of electric powertrains a year.

The companies will invest €10m ($11.7m) on the factory to produce state-of-the-art transmissions solely for electric vehicles.

“Design and development of current and future products will remain within the parent companies, for which they both have full capabilities,” stated Punch, which is based in Belgium.

“This JV enables Punch Powertrain to accelerate its electrification rate and to faster scale up its production of electric powertrains,” it added.

The partners plan to start with production of one single-speed electric transmission each at Nanjing early next year.

XPT, based in China, focuses on electric propulsion platforms, including drive and energy storage systems. It operates through car manufacturer NIO, supplying primarily NIO but also other OEMs.

Punch Powertrain has been an independent supplier of powertrains for more than 45 years. In recent years, it has expanded its product portfolio and established a broader customer base in the global market.

The company suggests the move towards ‘new energy’ vehicles will happen a lot faster than generally assumed by those focused on the traditional combustion engine.

A further driver for export growth is China’s dominance as a producer of new energy vehicles (NEVs). As revealed at last month's Automotive Logistics China conference, the country is the world’s number one producer of new energy vehicles including electrics and hybrids, and owns more than 50% of the global capacity for NEV production. The top Chinese carmakers involved in NEV development include BYD, BAIC and SAIC.

Last year, the country made 770,000 vehicles with alternative powertrains, compared to 200,000 in the US, according to the China Automotive Technology and Research Centre (CATRC) – thanks largely to government support through taxation policy on NEV production.