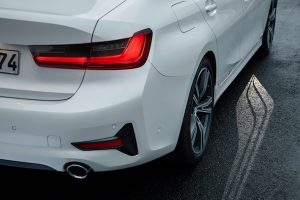 “Thanks to its flexible production and sales strategy, the BMW Group is responding to this increased competition and is reducing its volume planning to focus on earnings quality,” it added, pointing out that the company implemented WLTP regulations early.

The group also concedes it faces increased goodwill and warranty provisions following a series of product recalls around the world. Hundreds of thousands of vehicles are affected.

The three factors have led the Munich-headquartered company to forecast automotive segment revenues this year will be slightly lower than last year’s €88.6 billion ($104 billion) in 2017. The previous prediction was a slight year-on-year increase. Group profit before tax is now expected to moderately decrease from €10.65 billion in 2017, against the earlier forecast of being on par.

Any earnings gain from regulatory approval and closure in 2018 of a planned mobility services joint venture with compatriot Daimler is not reflected in the adjusted outlook.

BMW prefaced the announcement by saying the group had expected this year to be challenging, due in part to additional upfront investments of around €1 billion for future mobility and “currency headwinds” in the mid-to-high three-digit million-euro range compared with 2017.