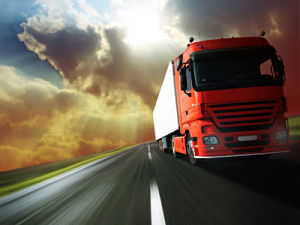 Estonia has joined ten other European countries in adopting the e-CMR (electronic consignment note) protocol, allowing for easier and more efficient shipping of goods in the EU.

Umberto de Pretto, secretary general of the International Road Transport Union (IRU), said: “This latest accession to e-CMR by Estonia is an important new milestone for innovation and we trust it will encourage other countries to join. The more countries are using it, the more appealing the system becomes and the greater the common benefit.”

In October, France became the tenth country in Europe to ratify the e-CMR protocol, a legal standard for the use of electronic consignment notes for international transport. It was the first country to adopt the protocol since Slovakia in February 2014.

The CMR, which is the United Nations Convention for the carriage of goods, originally involved only paper consignment notes for communicating information about shipped goods, consignors and consignees, but the protocol for the use of electronic notes was added to it in 2008.

The other eight countries that have already joined the e-CMR protocol include Bulgaria, the Czech Republic, Denmark, Latvia, Lithuania, the Netherlands, Spain and Switzerland.