EU regulators will not stop FedEx takeover of TNT Express 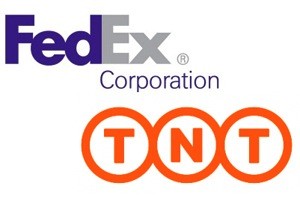 Following the news in April this year that FedEx had made a €4.4 billion ($5 billion) bid for TNT Express, the companies have confirmed that European Commission antitrust regulators will not oppose the takeover.

In a joint statement, FedEx and TNT Express said the internal deadline for issuing a Statement of Objections would have expired on October 23rd 2015. Instead, the companies said they had been informed by the European Commission that no such objection would be issued.

“FedEx and TNT continue to expect that the offer will close in the first half of calendar year 2016,” the statement said.

Once the deal goes ahead, the combined business is expected to take a 17% share of the express logistics market in Europe, making it the second biggest delivery services business behind DHL, but ahead of rival logistics firm UPS.

In 2012, a similar move by UPS to takeover TNT Express was quashed by the European Commission on the grounds that it would limit competition in the European express logistics markets.