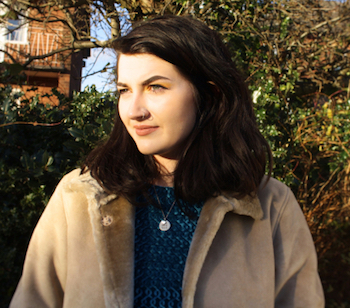 According to the Department for Transport’s official statistics, more goods were imported by road into the UK than exported last year, with 10,000 lorries making their way through Dover Strait per day alone. Up to 86% of cargo exported from the UK went to the Irish Republic (23%), France (22%), Belgium (19%), the Netherlands (12%) and Germany (10%), accounting for 88% of the UK’s imported goods.

UK businesses rely on a smooth supply chain. However, with Brexit just under six months away, concerns are growing and industries are bracing themselves for the worst.

The UK government released its much-awaited white paper in July. The draft proposed that the UK-EU relationship include a free trade area for goods, despite the UK’s decision to back out of the single market and customs union. It also laid out plans for a “common rulebook for goods” in a bid to inspire “frictionless trade” at the border through a facilitated customs arrangement, seeking to eliminate the risk of gridlocked highways and standstill queues.

However, as a no-deal is becoming more likely, the logistics, haulage and automotive industry has deeper concerns than a trade arrangement. The first pitfall of a no-deal or even bad-deal Brexit is a limited pool of talented staff.

The Confederation of British Industry (CBI) released a report in August to alleviate recruiters' anxiety. According to the report, EU citizens play a key role in the UK's logistics, haulage and warehousing sector: 14% of LGV drivers (43,000), 22% of forklift truck drivers (19,000) and 25% of warehouse workers (113,000) are European nationals. The sector is the UK’s fifth largest employer and is worth nearly £124 billion GVA ($162.6 billion) to the overall economy. As for automotive manufacturing, OEMs rely on EU citizens in their production lines; they make up 11% of the total workforce. Clearly, the mobility of staff is integral to the automotive industry's survival.

Settled status, but fewer settlers?Although the UK government has promised to protect current EU nationals in the UK by granting them settled status, hiring in the future will be a very different story. Recruiters have been struggling to fill their vacancies since the referendum and the sector already faces a shortage of 52,000 LGV drivers. This will only be exacerbated by the emerging demographic challenge in which 63% of HGV drivers are aged 45 or over, with 14% of LGV drivers due to retire in the next five years. An ageing workforce combined with a limited pool of workers post-Brexit will only aggravate the shortages over time, opening up a skills shortage and severe staffing crisis.

In the absence of a plan, experts suspect that the current immigration system will be used for EU migrants in March 2019. The UK government appears to have confirmed this view; Theresa May said just days ago that the UK will not grant preferential treatment to Europeans in terms of visas. However, this would be a disaster for the UK, as the tier two work visa would see many workers become completely ineligible.

One of the tier two requirements dictates that visa applicants must earn at least £30,000 a year even to be considered. To add fuel to the fire, the UK government has since suggested that this bar will rise to £50,000-60,000, severing access to the hard-working, so-called “lower skilled” migrant pool entirely – the backbone of the UK’s economic growth and success.

Scrap the capWhat’s worse is that tier two work visas are capped at 20,700 per year. Migrants from every profession and industry across the UK will then have to compete for a visa before this cap is reached.

After Brexit, migrants will be opting out of splurging on extortionate, non-refundable visa fees (as well as an immigration health surcharge) by staying put in the EU, which, by comparison, is free of charge and hassle.

Navigating the immigration visa process is enough to deter anyone; the rules and regulations constantly change, causing more and more people and businesses to seek professional and legal advice. According to the CBI, many employers are already reluctant to apply for a sponsor licence. Although a licence would allow employers to recruit from abroad, smaller and independent businesses rule this out completely since the administrative and financial burden outweighs the benefits. Many simply can’t afford it.

EU workers are critical for the endurance of the logistics and haulage industry all year round, often filling seasonal peaks and troughs. However, time is running out. The UK and EU need to reach an agreement about what its future relationship will really look like in terms of trade, manufacturing and transportation. Businesses are already losing vital workforces. The CBI highlighted each sector that has been snubbed by poor planning in the white paper, but the government’s post-Brexit immigration plan is the worst scenario of all.

Tier two work visas must allow EU labourers into the UK. The cap must be scrapped. Yet the Home Office has decided to prioritise higher earners over hard-working labourers, assembly workers, engineers, drivers, warehouse workers and logistics personnel. Without an overhaul of this immigration system, post-Brexit Britain is looking very bleak indeed.