Speakers at this year’s Automotive Logistics Europe conference suggested that the vehicle logistics industry is in sore need of investment as vehicle production grows and capacity across modes gets tighter, especially on roads and at ports. That investment needs to cover equipment, infrastructure and technology, while also addressing the demand for greater sustainability, writes Marcus Williams

The most recent sales figures from the European Automobile Manufacturers Association (ACEA) show point to strong growth, with passenger car registrations up 14.3% in February compared to the same month in 2015, including double-digit growth in Italy, France, Spain and Germany. Registrations for the first two months of the year were up more than 10%. 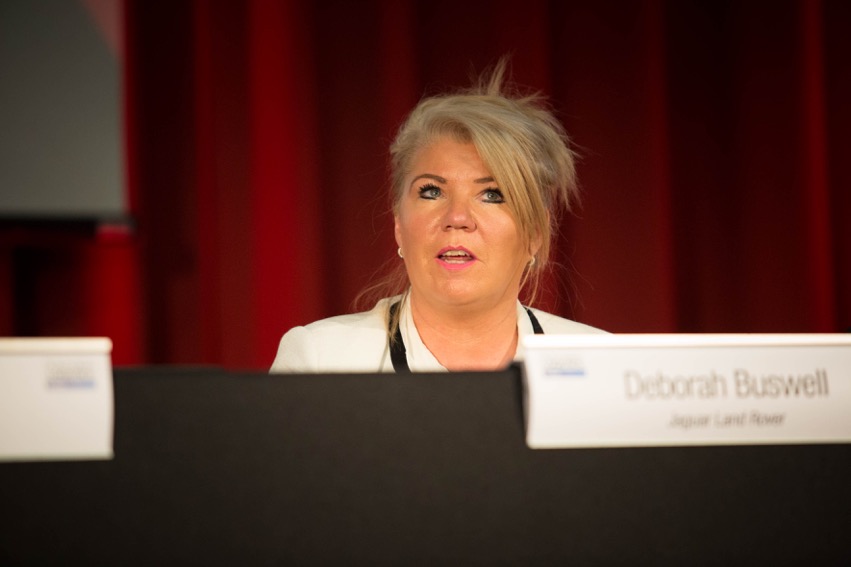 With that growth, European carmakers are once again complaining about a lack of equipment to move products to market, with executives calling for renewed investment. “We are all to aware of capacity constraints regardless of the mode of transport, so we understand that investment is required,” said Deborah Buswell, European distribution manager at Jaguar Land Rover. “There has been step change and we now recognise that we have to find a way of supporting our service providers.”

Jaguar Land Rover is encouraging more flexible contract relations, whether longer or shorter, to make it easier for providers to align with other customers.

“The price of investment we know is incredibly expensive,” she said. “You need to have very deep pockets. We are inviting [logistics providers to] talk to us about contracts and terms and what you would need.”

Hervé Moulin, manager of methods for vehicle operations at the Renault-Nissan Alliance, agreed that investment in new equipment and infrastructure is going to be one of the industry’s principal concerns over the next few years, especially since new investments would take time. In the meantime, it will be crucial that carmakers work with their providers to bridge the gap.

“The shortage effects everyone and we must work together to find room for these volumes together,” said Moulin. However, he did also point to the opportunities in investing in new equipment now because the latest trucks and equipment are more efficient in terms of quality of transport, damage reduction and better load factors.

The idea that the carmakers are now ready to support their transport providers in investing to meet the increased demand for capacity was hard for some industry observers to swallow given past form. Thomas Cullen, chief analyst at Transport Intelligence, questioned the call by carmakers for their providers to invest in new assets.

“Why would any investor, whether they are inside or outside the sector, get involved in this sector when returns on capital are so dismal?” he asked. He suggested that the reason the industry was short of capacity was because an extreme focus on price had put many transport providers out of business over the last 20 years.

“They couldn’t invest because you [OEMs] did not allow them to get a decent return on the asset,” he reiterated. Cullen pointed to providers’ struggle to invest in expensive equipment on short-term contracts. “[Providers] are then driven out of business when the carmakers turn around and say we don’t want [the capacity] anymore, knowing what will happen is that they can pick them up at a discounted price when they re-enter the market.”

However, JLR’s Buswell said things have changed. “We are now saying let’s work together so we get capacity and the providers get the confidence that [investing] is the right thing to do,” she said. “Historically [there has been an aggressive focus on price] but the point is that there has been a significant step change and there is an appetite to work together to make sure we bridge this gap.”

Technological potentialSpeakers at the conference also called for more investment in technology. While outbound IT has traditionally lagged other sectors, executives pointed to developments in telematics and autonomous driving that could transform how carmakers manage and track outbound flows. Renault Nissan’s Moulin admitted that making investments in a low margin industry was a challenge, but there were rich opportunities to be had given strong technological progress outside the logistics sector, such as in-vehicle telematics, which would soon be required in all cars.

“If we can manage to integrate all this it will be a real revolution for the outbound sector,” he said. 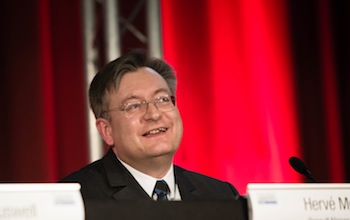 Hervé Moulin, manager of methods for vehicle operations at the Renault-Nissan Alliance

Buswell said that telematics would boost existing processes in the finished vehicle sector and eliminate manual intervention. “It is in its infancy but I think it can assist. The more available we make it, and the more standardised we make the transfer of knowledge and data, the better.”

In an interview with Finished Vehicle Logistics last year, BMW also discussed how it is exploring the use of telematics in its outbound distribution.

Michael Gorny, manager of vehicle planning at Opel/Vauxhall, said that his company was also exploring the use of its ‘Onstar’ in-vehicle telematics system. But he also revealed that the carmaker has started to use RFID in a more substantial way for its vehicle logistics. Opel is now capturing vehicle movements at compounds automatically through an RFID-enabled compound management system. The system is already in place at Opel’s plant in Eisenach, Germany, but will eventually be installed elsewhere.

The RFID tag is attached at the end of the assembly line, after which point car movements can be measured at all stages once they enter the plant compound. According to Gorny, the benefits of the new system include improved yard utilisation, visibility and dwell time, elimination of manual scanning, identification of loading for truck and rail, and supporting vehicle inventory control.

Opel also has plans to use the system to speed the delivery of vehicles and reduce finished vehicle dwell times at its plants through better load building with the transport providers.

“Here the trucks would have RFID labels as well so we could measure the entry and exit of the trucks, and be able to marry the truckload to the truck and verify that it is carrying the correct load of vehicles,” said Gorny.

New autonomous vehicle technology also has the potential to bring change and efficiency to the outbound sector. Moulin pointed to a Nissan prototype that could park itself and then be summoned by a smartphone.

“Why not apply that to the compound?” he said. “You could get vehicles to park themselves at predetermined compound areas and then deliver themselves to the truck pick-up point.” 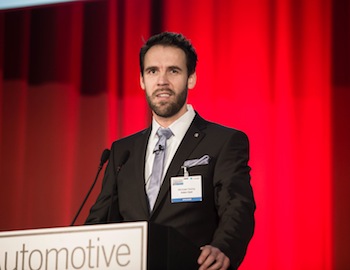 Investment in better visualisation tools using computers could also improve loading when selecting which vehicles to move, as well as taking the drivers through the steps to make that optimal load, which Moulin suggested could help with the skilled driver shortage and cut delivery times.

A more sustainable revolutionWhile there was emphasis on increasing vehicle capacity and finally making better use of changing technology, others at the event questioned the extent to which the industry was focused on sustainability. Kai Kraass, chief operations officer at Wallenius Wilhelmsen Logistics, for example, suggested that few companies were considering carbon and NOx/SOx emissions in their performance reviews and budget plans.

“I would guess it is very little,” he said. “You talk about results, return of capital employed and growth rates, but you don’t touch on the [emissions] figures. I believe this is wrong and we are all responsible.”

Live polling at the conference went some way towards confirming his suspicion. When asked whether OEMs were making carbon emission part of supplier selection, 64% voted ‘not really’, with another 11% unsure. Only a quarter suggested it was important.

“The environment should be part of the KPIs and annual review,” stressed Kraass. “And we need incentive programmes.”

However, the automotive industry is incrementally cutting waste in its day-to-day search for greater efficiency, said John Buchanan, material planning and logistics manager at Ford of Europe.

“I would say we are all making our businesses more sustainable everyday in that we are tasked by process improvement, such as freight efficiency and packaging density and so on,” said Buchanan. “We don’t tend to think of them as sustainable initiatives, but the outcome is that we are becoming more efficient. So it is not that we don’t do anything.”

However, he acknowledged the industry needed to be braver in trying new things and making the sort of changes needed to bring significant improvement.

The benefits are clear once change starts to happen. WWL has reduced sulphur emissions by 220,000 tonnes over the past 11 years, equivalent to the amount France produces in a year, according to Kraass. Furthermore, he said that the company’s new ro-ro terminal at the port of Melbourne, Australia that will go into operation next month will be the most environmentally friendly terminal in the world.

However, do these savings mean anything once continued growth in the automotive sector is factored in? WWL may have cut emissions by 2% in 2015, but its success in securing trade means it will be running more vessels. There is also the fact that the maritime logistics industry has new burgeoning automotive markets to serve, and is going to be defined by greater fragmentation in its trade lanes, meaning more ports, something Kraass acknowledged.

“Moving forward we see trade fragmentation coming in,” he said. “There will be more ports. Mexico for instance is one of the strongest export countries. We will have more volume and, if you look at the statistics, there is a significant increase, between 15-20% year by year.”

All the more reason, he said, to make an industry-wide concerted effort to tackle the issue and not ignore it.