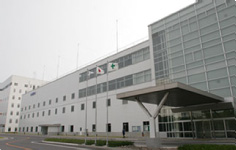 Parts supply to Toyota’s plants in Japan has been disrupted once again, this time by an explosion at one of its suppliers there.

The explosion happened on Monday (May 30th) at a facility in Kariya, Aichi prefecture run by brake manufacturer Aisin Advics, which is majority-owned by tier one component supplier Aisin Seiki. The explosion is reported to have occurred at 12.05pm (JST) on the paint line for the brakes, resulting in four people being taken to hospital.

There has been damage to the coating lines and surrounding infrastructure. Toyota confirmed the production lines damaged by the explosion had been halted, though other lines have since resumed operations. The parts affected include the brake booster and master cylinder, parking brake, clutch master cylinder and drum brake components.

Toyota Motor Corporation (TMC) has already cancelled shifts on some production at its Takaoka vehicle assembly plant, also in Aichi prefecture, and at its Motomachi and Tahara plants. The second shift on Tuesday (May 31st) on lines 1 and 2 at Takaoka was pulled along with the first shift on line 2 today (June 1st). Lines 1 and 3 were also due to be stopped for the first shift today at the Tahara plant. On the same shift, Motomachi was due to stop line 1 and activity at its LFA Works.

There has also been disruption to plants operated by Toyota Group companies including Toyota Auto Body, Toyota Industries, Toyota Motor Kyushu and Daihatsu Motor. In all around 12 plants have been affected.

“TMC will continue to monitor the situation so as to limit the impact on our production, such as producing at alternative lines and sourcing for parts from other manufacturers or from overseas,” said a spokesperson for the company on Tuesday this week. “We are making the utmost effort to resume operations on all production lines within the next day or two.” The company added that there had been no impact on overseas production.

The latest incident comes while Toyota is still making weekly statements on the status of production in Japan in the wake of the Kumamoto earthquakes, which knocked out a number of suppliers and affected a number of its production plants.

Toyota said last week that it would be reviewing production on all vehicle assembly lines in Japan after June 4th based on the supply situation after the Kumamoto incident. The latest incident at Aisin Advics – a major supplier to the carmaker – can only have complicated that review.